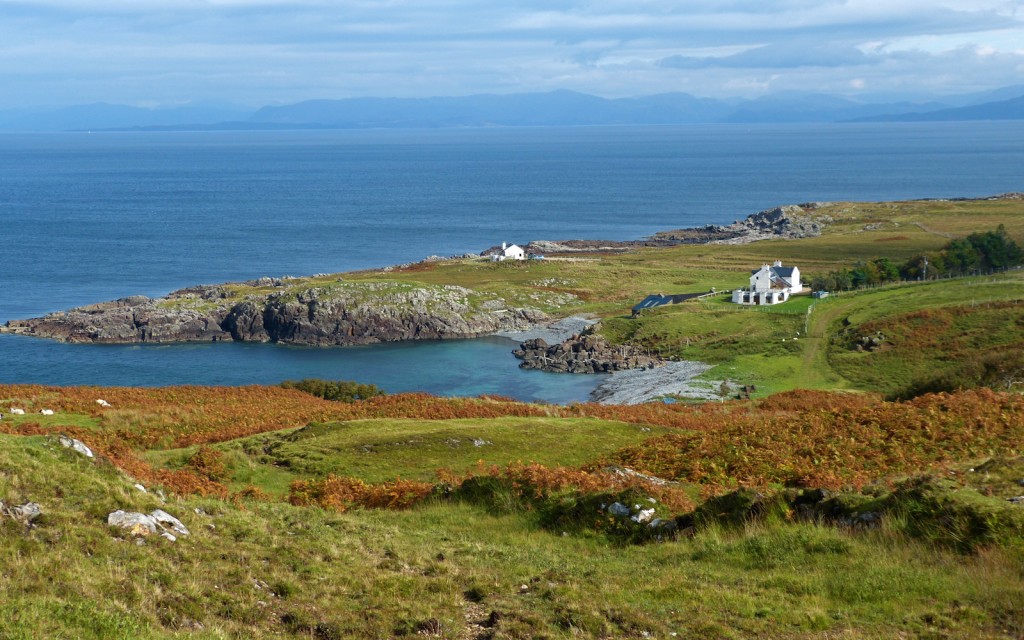 It would be good to be able to trace the fate of those MacIains who may have stayed on Ardnamurchan after the Campbells finally took full possession of the peninsula, but this is difficult.  For a start, records of ‘ordinary’ people are few – this was long before the time of the first British census.  To make matters even more difficult, individual members of a clan identified themselves in some written records not by a clan name or a surname but through their patronyms.  So Donald McEan can be read either as Donald of Clan Iain or Donald the son of Iain.  In the patronymic system, people can be identified three- or four-generationally; thus Allester McRonald VcEan is Alistair son of Ronald and grandson of Iain.  While this arrangement was most often used within the local community, and turned up in some records, individuals might use their clan name in their dealings with the wider world. [3]

The Register of the Privy Council XII, 1618, which names some of the tenants on Ardnamurchan, illustrates the difficulty.  The date is before the MacIains were chased from Ardnamurchan, so one would expect there to be many men called ‘McEan’ or ‘McEane’, yet there are few:

In addition in 1618, Donald McAngus VcEane, a tenant at Ardslignish, is named in AF49/2/1 Valuation of the Estate of Ardnamurchan.

Of these, only Donald McEane may be using MacIain as a clan name, yet many more of the tenants might have called themselves MacIain in a formal setting.

Those listed had a share in the tenancy of the clachan. Anyone who was a sub-tenant of theirs, or who, as a cottar, was landless, would not have been listed, nor would women and children.

One tenant is listed in 1686, Ronald VcDonald VcEan, living in Grigadale [1], but again it looks as if he was using the patronymic system. 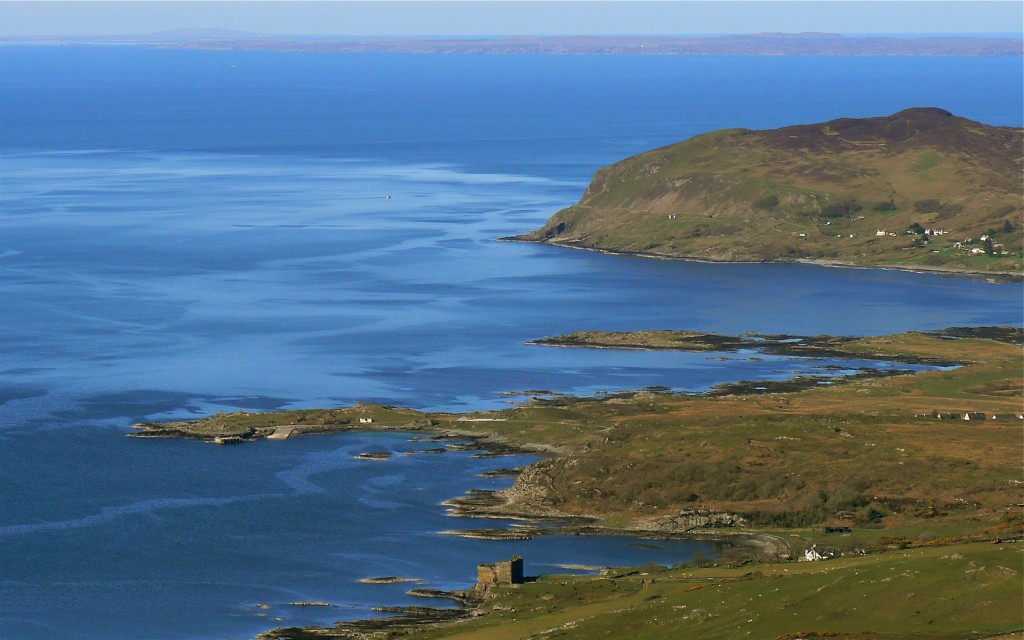 Mingary Castle and Kilchoan Bay, with Coll in the distance, seen from the northeast.

Thirty years later, ‘McEans’ still appear in the names of those living on Ardnamurchan. Following the 1715 rebellion, in April 1716, the men of Ardnamurchan came to Mingary to surrender their arms to James Campbell of Stonesfield, Justice and Sheriff Depute of Argyll. In the lists made by his clerk, which included all men and boys, whether they fought for the Jacobites or in the Hanoverian militias or stayed at home, the following men with the name ‘McEan’ were included [2]:

All of these look as if they were using the patronymic system.

The first UK-wide census was taken in 1841, by which time people had adopted what we would call ‘surnames’.  To our knowledge, there was no-one with the surname MacIain resident on Ardnamurchan at that time.

No MacIains are listed in the most recent local telephone directory.

[1] Quoted in ‘The Lost Placenames of Ardnamurchan” – Moidart Historical Society