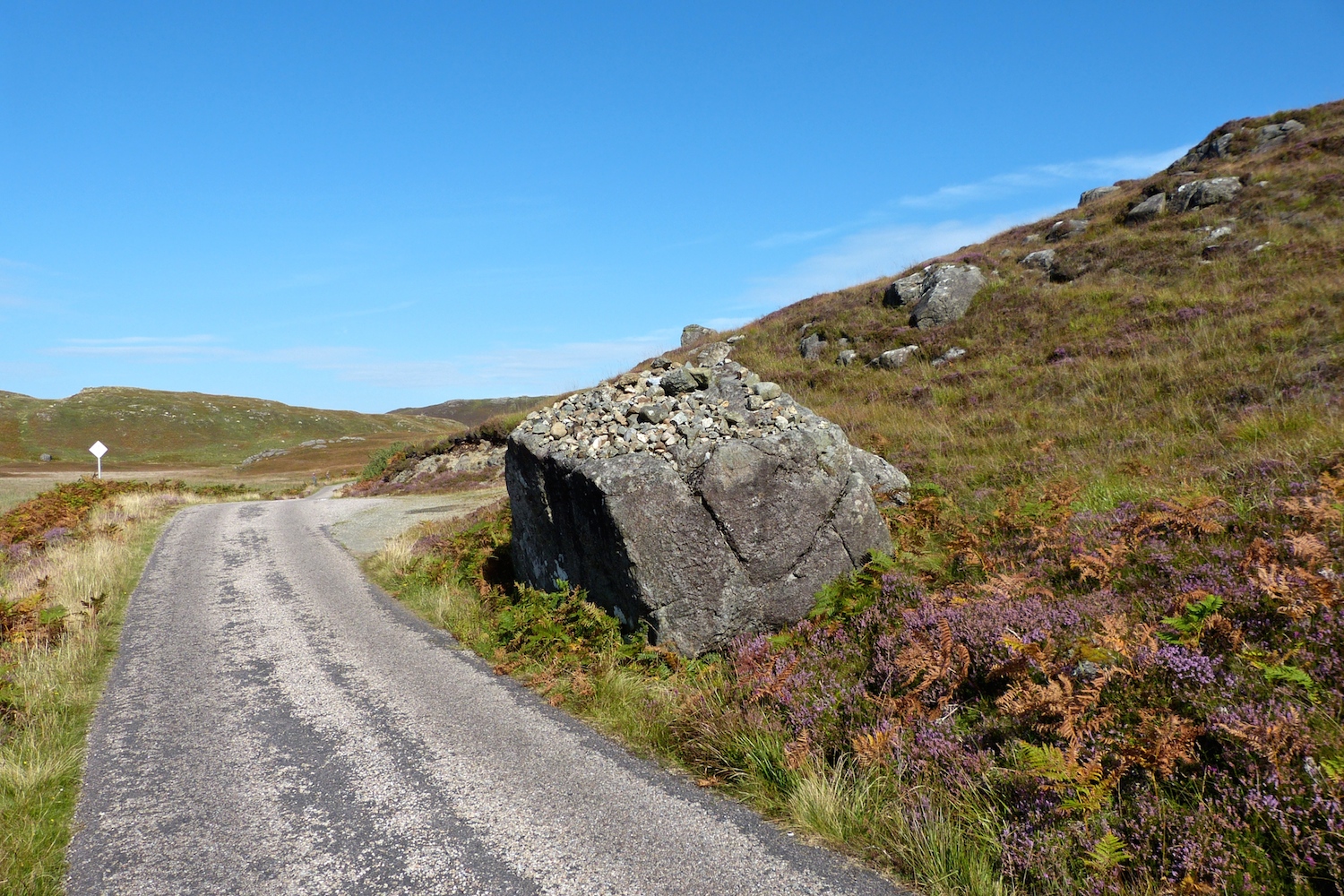 Stone by Creag an Airgid

This huge rock stands beside the road between Sanna and Kilchoan, in the shadow of the hill called Creag and Airgid, silver crag.  Intriguingly, its whole top is covered with small pieces of stone which, over the years, people have placed there.  At one time, we used to stop by it so our young daughter could add another stone, as we described it, “for luck”.

But it may not be a lucky stone.  In 1518 the chief of the MacIains and two of his sons were killed near this spot, during a battle with the invading Campbells, so it’s possible that the stone commemorates that sad event.  Another suggestion, which may explain the ‘silver’ name of the hill, is that it was by this rock that men returning from delivering cattle to the great market at Falkirk used to gather to be paid.