Last Stronghold of the MacIains 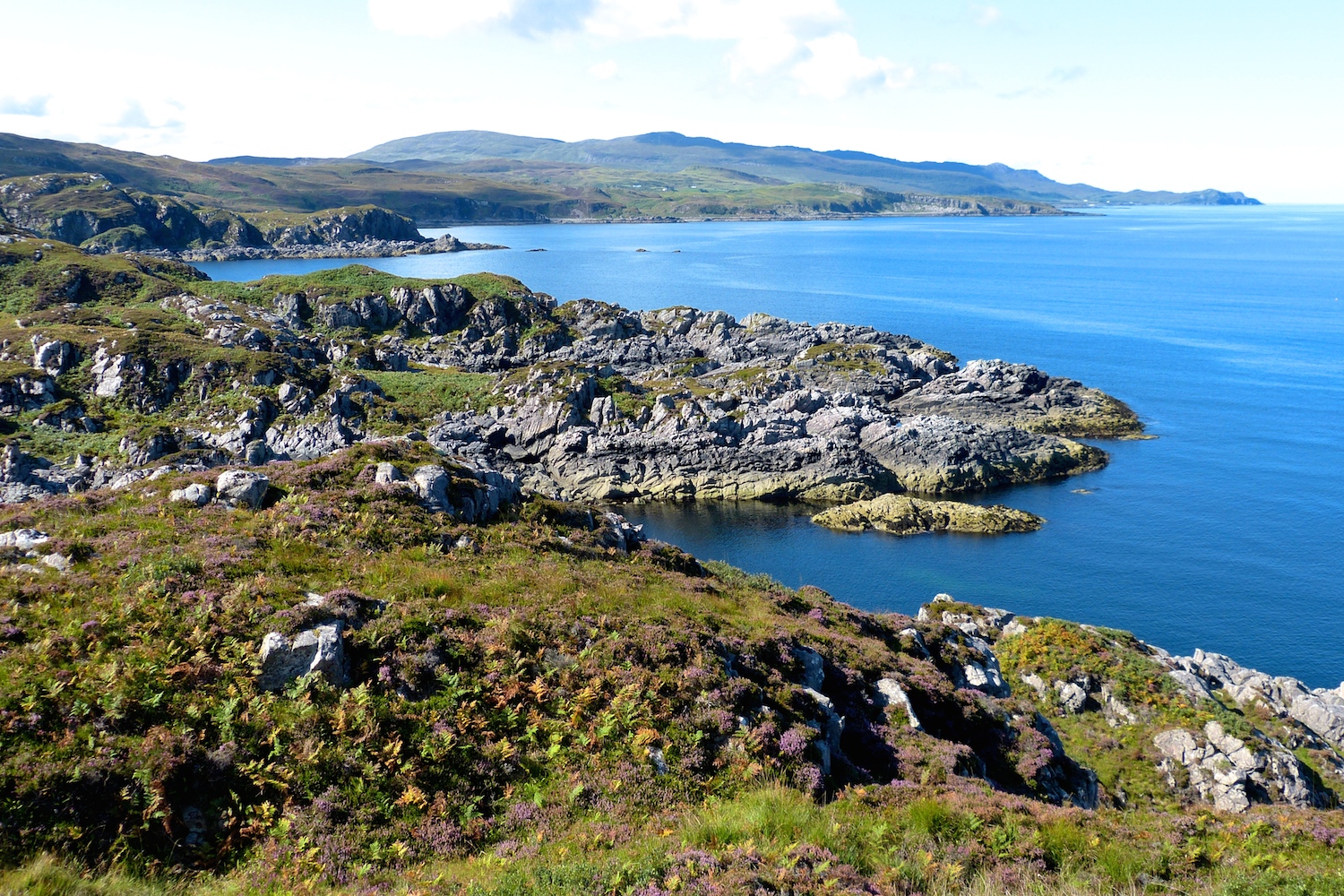 It looks beautiful in the sunshine but it’s very different in winter!  It was to this remote and rugged stretch of the north Ardnamurchan coastline that the remnants of Clan MacIain fled early in the 1600s.  Chased out of their Ardnamurchan homes by the Campbells, outlawed by the Scottish crown, they had turned to piracy.

All along this coast one can find small areas which show signs of having been worked as fields.  We know from the presence of stone circles that some date back to the Bronze Age, but others may have been tilled by the MacIains.

The final stage of this grim story, of the massacre of MacIain women and children in a cave to which they had fled, is told elsewhere on this site – here.