There are a number of places on Ardnamurchan which are special to the MacIains. 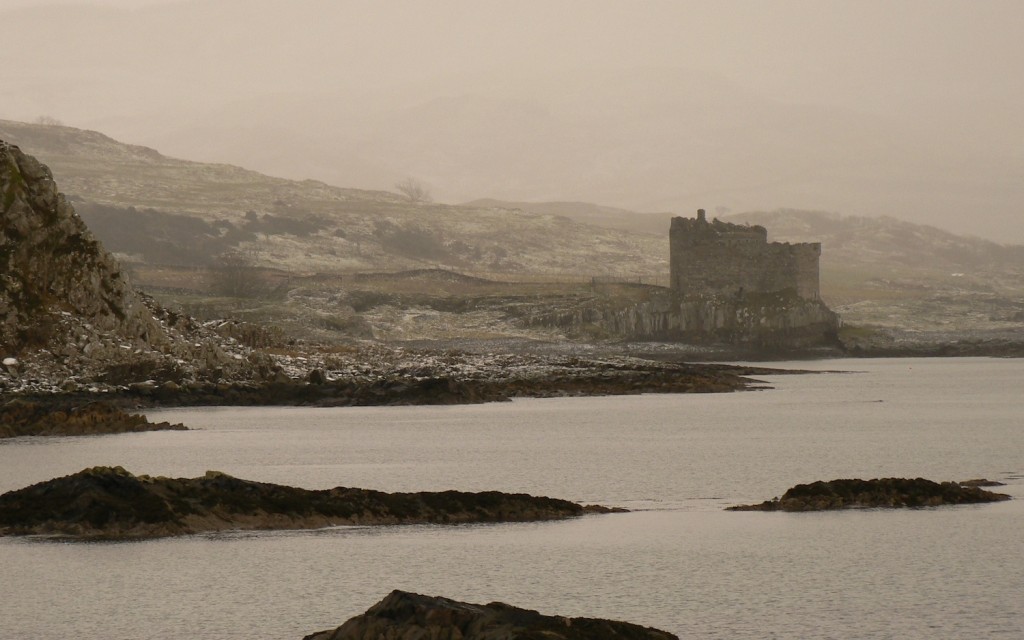 Mingary Castle in winter, seen from Rubha Aird an Iasgaich

Mingary Castle was built some time between about 1265 and 1295, probably by the MacDougalls when they held Ardnamurchan as part of their Lordship of Lorne. John Sprangach MacDonald, the founder of the MacIains, received it some time after 1314, and the clan finally lost it some 300 years later to the Campbells. By 1838 the castle was derelict, but a major effort to save the MacIains’ castle is now in progress.  This is detailed on the Mingary Castle website. 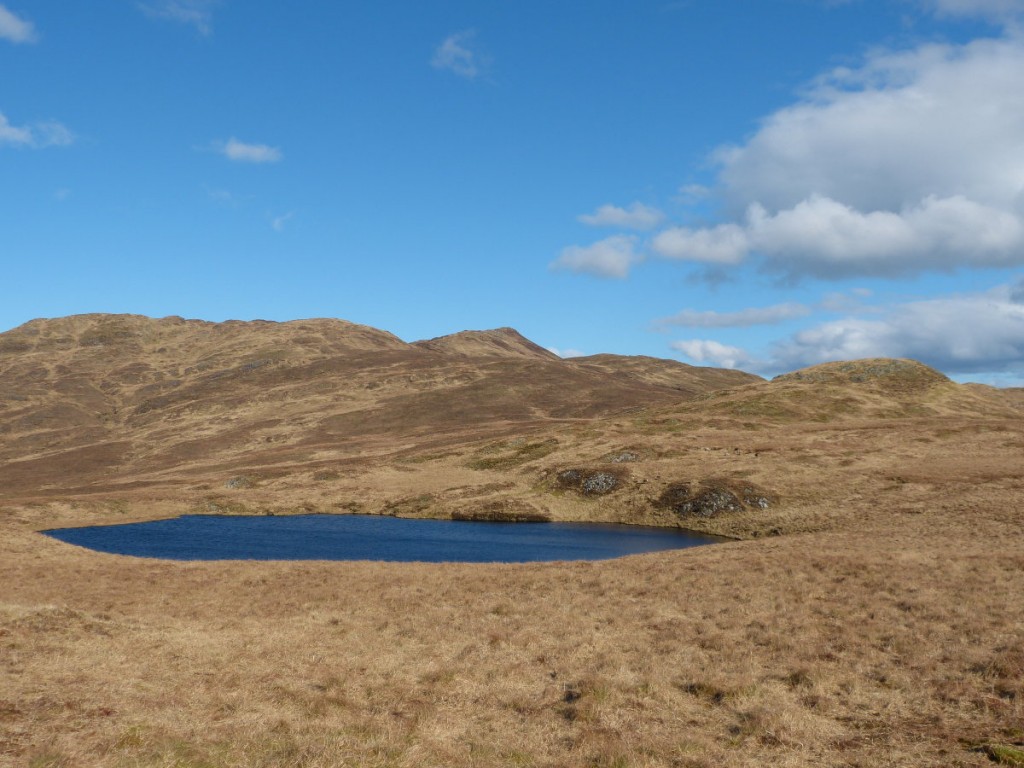 Tom Mhic Iain, MacIain’s Knoll, the low hill on the right of this picture, is about 4 kilometres inland from Mingary Castle, near the headwaters of the small burn called the Allt Choire Mhuillinn.  The lochan nestles beneath its southern slope. It’s a small hill, rising to 277m above sea level. There are no records to explain why the hill and lochan carry the MacIain name, but they must have had great significance with the clan. 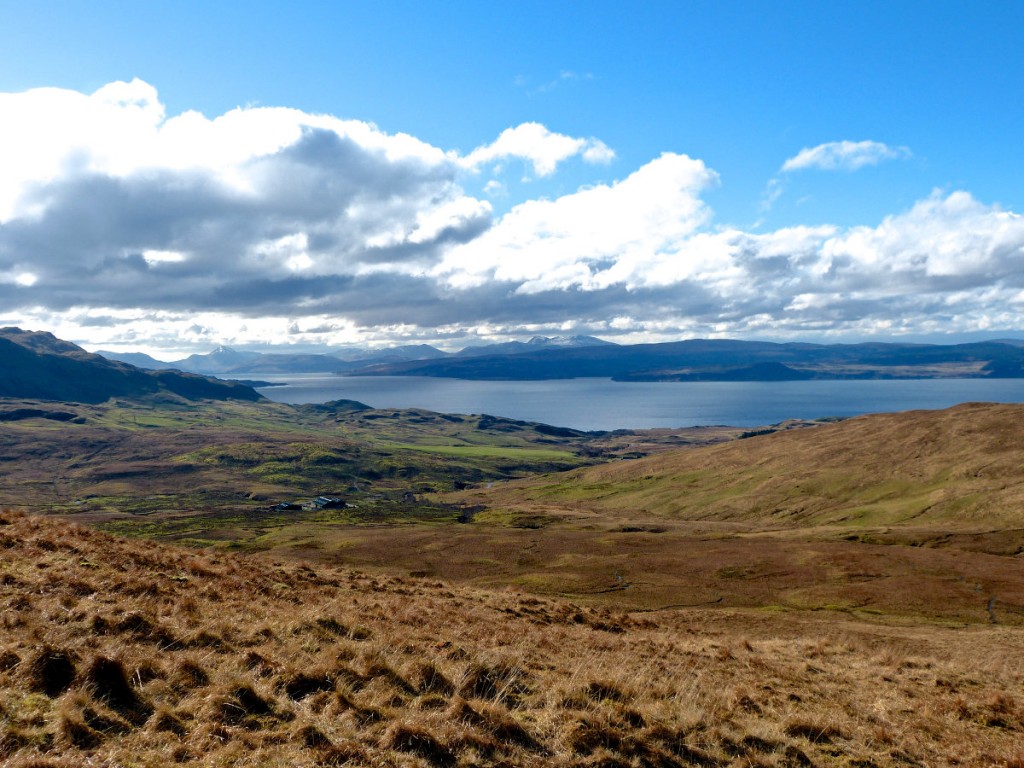 Tom Mhic Iain has steep slopes all round, a flat summit of diameter 27m, plenty of flat, rolling land around it, a good water supply, and magnificent views in every direction. This picture shows the view looking south, down the valley of the Allt Choire Mhuillinn and across the Sound of Mull to Mull itself; the mountains in the distance are twenty-five miles away.

These features suggest a defensive site, the sort of place an army might have bivouacked for the night before a great battle, with their chief occupying the summit. 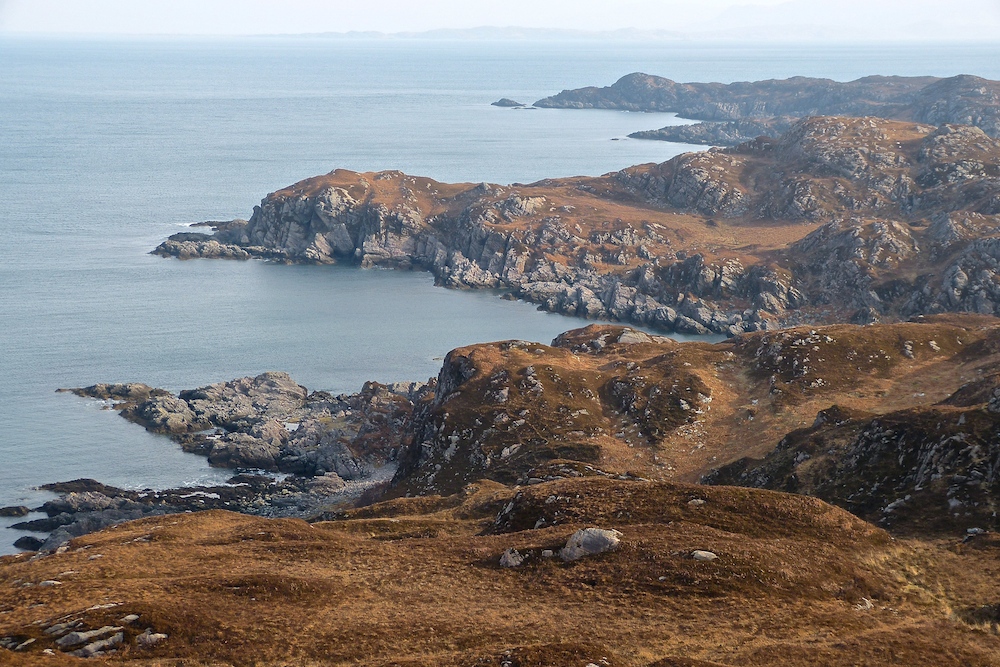 MacIains Cave lies on the north coast of Ardnamurchan, between the tiny village of Ockle and the narrow glen of the Allt Eilagadale.  It’s wild but beautiful country, facing out across steep cliffs to the islands of Eigg, Muck and Rum.

The coast here is a series of jagged headlands and rocky bays.  When the MacIains were driven from their lands in the early part of the 17th century, it is here that they fled.  The cave must have been their last refuge, a place they retreated to when they were attacked.  It lies at the back of a small bay, cut into the ancient rocks that form the coastline.  It’s cramped, damp and cold, but it’s invisible from the landward side, and difficult to climb to from the rocky beach.  The sea in front of the bay is littered with rocks, so it was protected from attack in that direction. 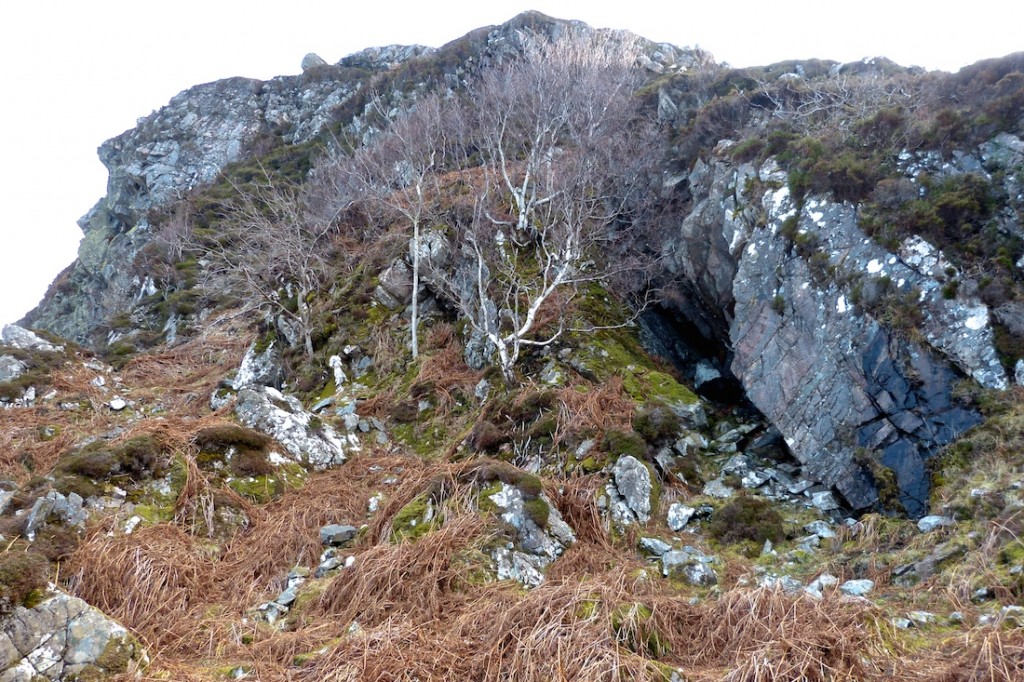 MacIains Cave seen from the beach

It was in this cave that the last of the MacIain women and children were trapped by the Campbells who were hunting them.  A fire was lit in the entrance, and the occupants suffocated.  What history doesn’t relate is where the men were at the time, though there are suggestions that they had already been caught and defeated on Morvern, to the south of Ardnamurchan – or were they away at sea, carrying on their occupation as pirates?

The story of the cave has been handed down through the generations, but its truth was confirmed when, in Victorian times, human bones were excavated from the cave. 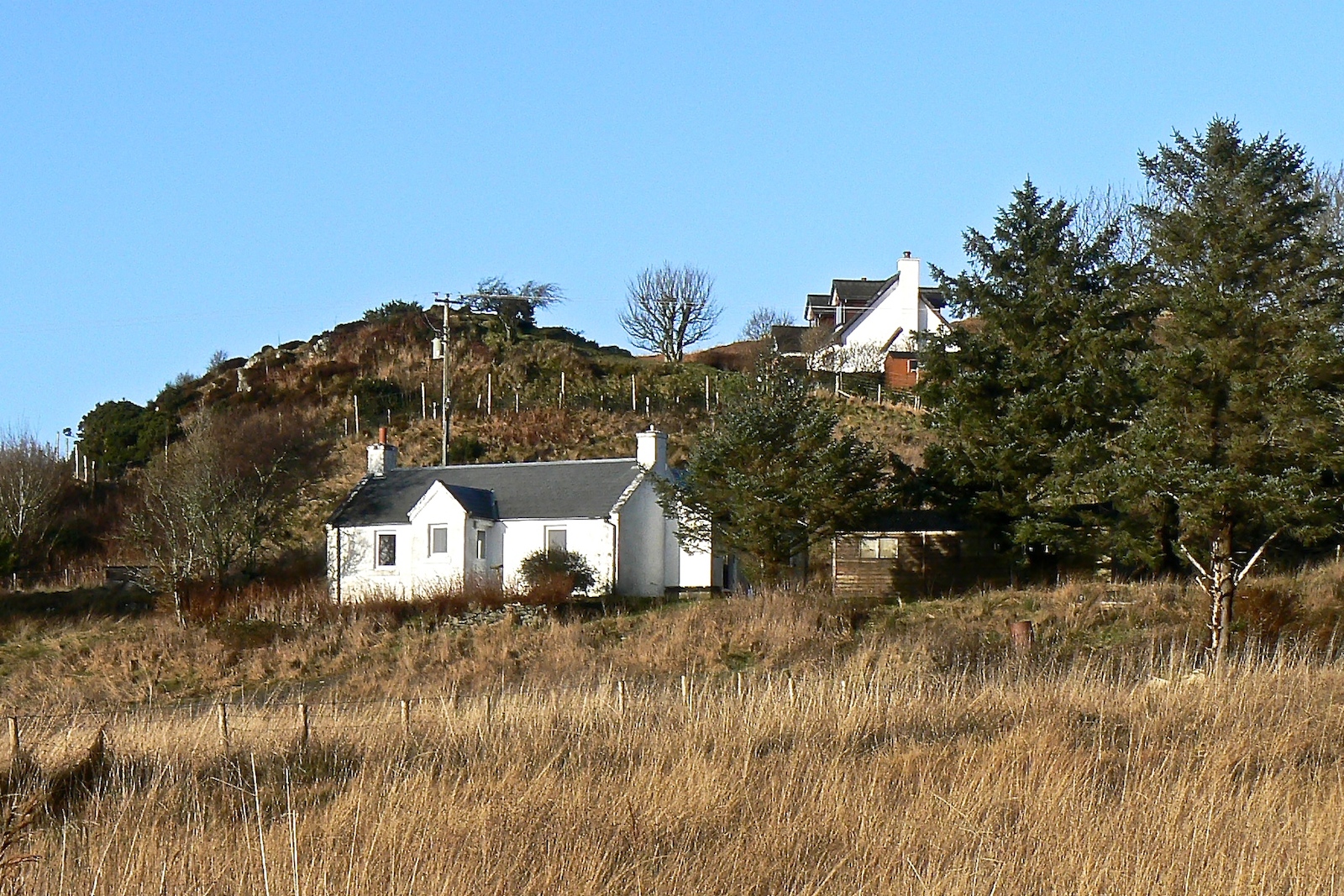 Tom a’ Chrochair, the Hanging Hill

Tom a’ Chrochair, the knoll to the left of the picture, was the Hanging Hill.  It lies on the road in to the village of Kilchoan, not a mile from Mingary Castle.  Gruesome as it may sound, it was the ideal place to hang people as its summit is visible throughout the village, and one of the purposes of hanging was to make a spectacle of anyone who had been found guilty of transgressing the law.

David I (1125-53) introduced the Anglo-Norman feudal system to Scotland,  which gave Highland chiefs the duty, along with holding their lands for the King, to maintain order amongst their vassals.  So the MacIain chiefs would have carried out trials and would have executed malefactors.  Trial was by jury, but the tenants voted as they were told.  Punishments, in an age when violence was common and life relatively cheap, were often barbaric.  So a convicted thief might have his ears cut off, and was then whipped before being hanged.  Hanging was reserved for men – the women were drowned – and the last hanging in Scotland was in Aberdeen in 1963.