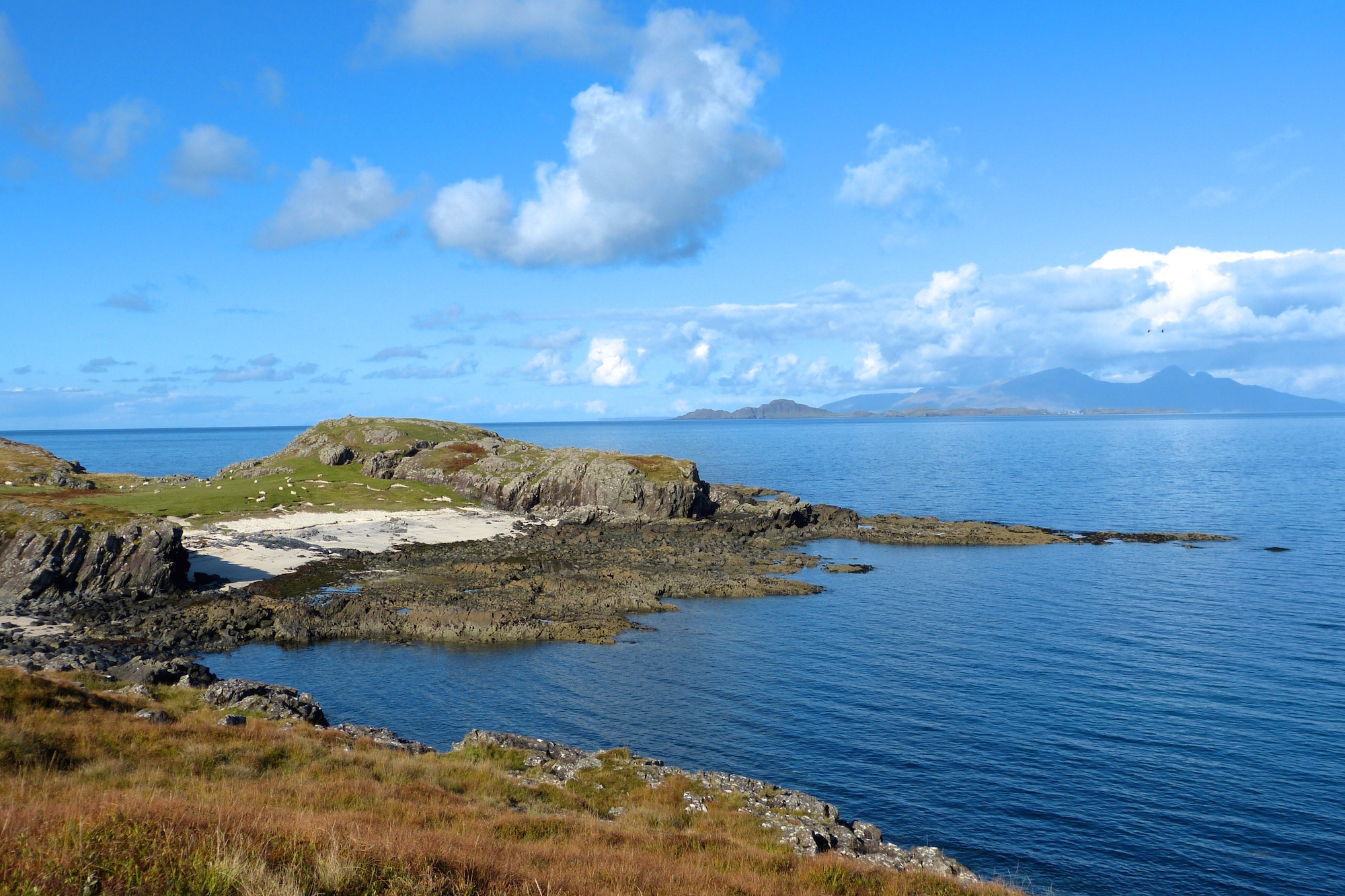 October is often a beautiful month on Ardnamurchan, and this year’s didn’t disappoint – until a week ago, when a vicious gale drove in from the Atlantic and was followed by days of heavy rain, with two inches falling in one day alone.  In their time, the MacIains would have been quite used to this sudden variability, and would have responded as people here do today, seizing the opportunity of a beautiful day to be outside enjoying it.

This picture, taken in October sunshine, shows one of the many small, secluded, silent beaches strung along Ardnamurchan’s north coast, with the isles of Muck and Rum along the horizon. Today, the machair, the area of lime-rich soil covered with grass at the back of the beach, is a favourite with the local sheep, but one can imagine men camping on it, their fighting ships pulled up on the beach, protected by a fort, the remains of which can be found on the hill behind it.