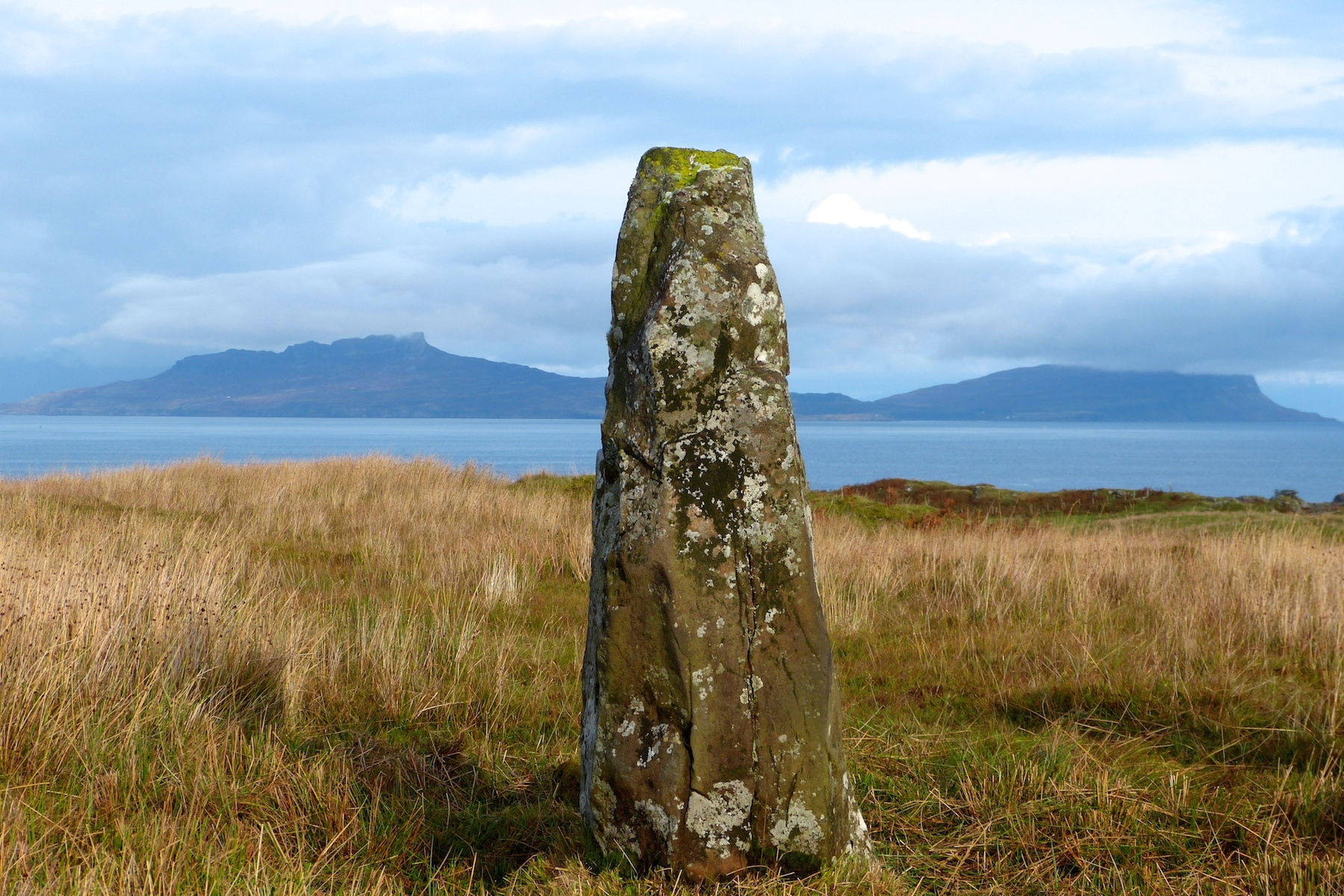 The standing stone at Branault is one of two impressive othostats on Ardnamurchan, the other being at Camas nan Geall.  It’s 2.2 metres high, and was one of a pair, the other standing about a metre to the north and having, at some stage, fallen and been removed so that only a stump remains.

Little is known of the societies that raised these structures, or of the stones’ purpose.  Most are late neolithic to bronze age – over 4,000 years old – so the MacIains would have seen this stone and, possibly, wondered who had raised it.  The location is called Cladh Chatain, which revers to St Chatan’s churchyard, so there was, at one time, a church here which was dedicated to the saint.  There is also said to have been a nearby sacred spring.  There is no evidence of either today.

The stone is an historic monument and, therefore, protected, but the West Ardnamurchan Community Archaeology group have been doing some work on it, including taking a large number of photos which have enabled them to create a three-dimensional model.  The results can be seen on the link here.