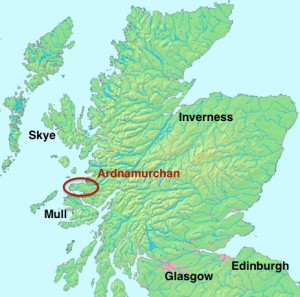 Map to show the location of Ardnamurchan in the British Isles.

Ardnamurchan is a peninsula which protrudes into the Atlantic Ocean, with the isles of Skye, Rum, Eigg and Muck to the north and Mull to the south.  The Point of Ardnamurchan is the most westerly headland of the British mainland.

The name is translated in several ways, which is typical of many ancient, Gaelic-based names.  Aird means the height – in the sense of a high headland – and nam means ‘of the’, but the latter part of the word is contentious.  The most common translation is mor chuan, ‘great seas’, but it may also be murrichin, ‘mariners’, mor chinn, ‘great headland’, muir chon, ‘sea hounds’ , an old Gaelic name for whales, and murdhuchan, mermaids or sea-nymphs.  Any of these names describes the peninsula well. 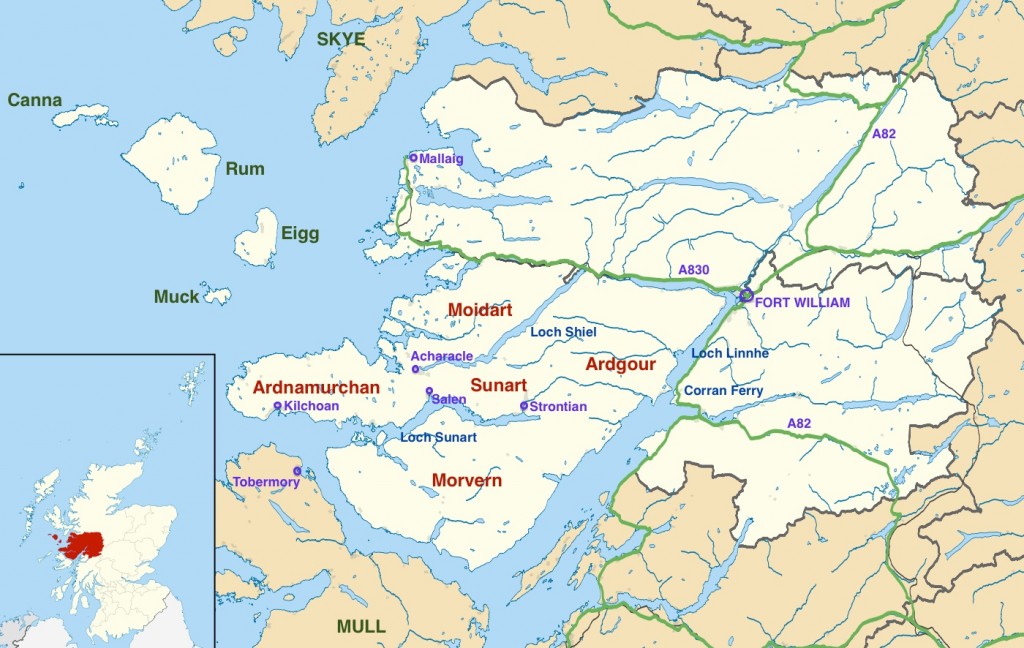 A map of the Lochaber District, part of Scotland’s Highland Council region.

The eastern boundaries of Ardnamurchan are also contentious.  Historically, the name does not extend to the east of the road linking Salen to Acharacle, the area further east being Sunart.  Today, Sunart, Ardgour, Morvern and even Moidart are sometimes loosely included within ‘Ardnamurchan’.

In some ways, Ardnamurchan is more remote than many of the Hebridean Islands.  There are only two ways of approaching it by road, one via the Corran Ferry, a four-minute crossing of the narrowest point of Loch Linnhe, or by a longer route which follows the A830 ‘Road to the Isles’, which passes the Glenfinnan monument,  and then branching off at Lochailort.  From the nearest large town, Fort William, a drive by either route to the end of the peninsula will take about two hours.  There’s an interactive road map of the area here. 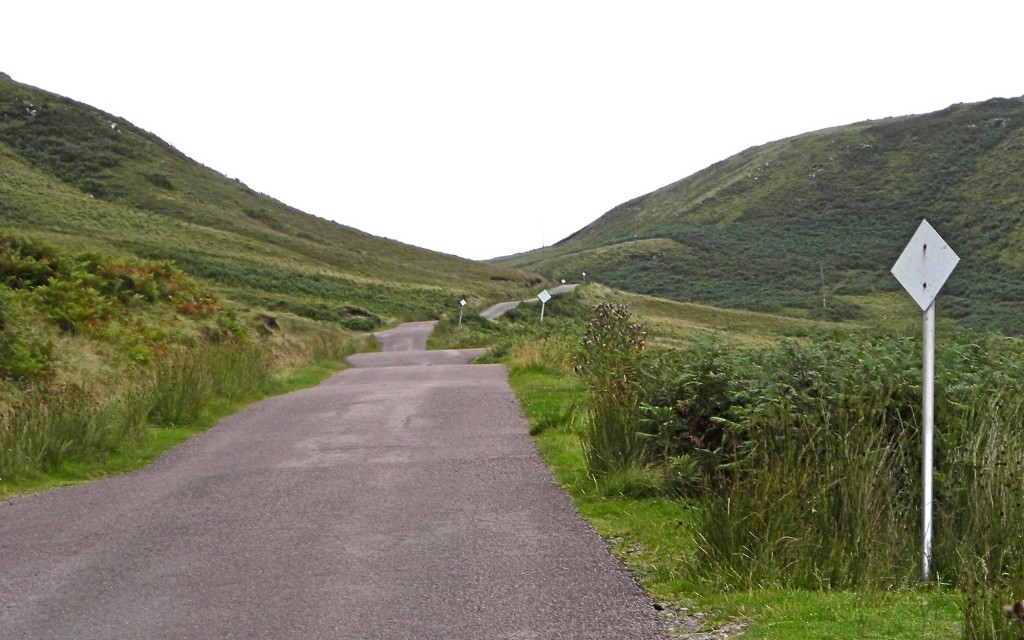 Passing places, mark by white boards, on a single-track road on Ardnamurchan.

Much of the driving is along narrow, single-track roads, some sections of which are in poor repair.  These roads have passing places at irregular intervals, often used by locals to stop for a chat.  While the driving can be taxing – deer are a particular hazard – and therefore needs concentration, the views along the way are spectacular. 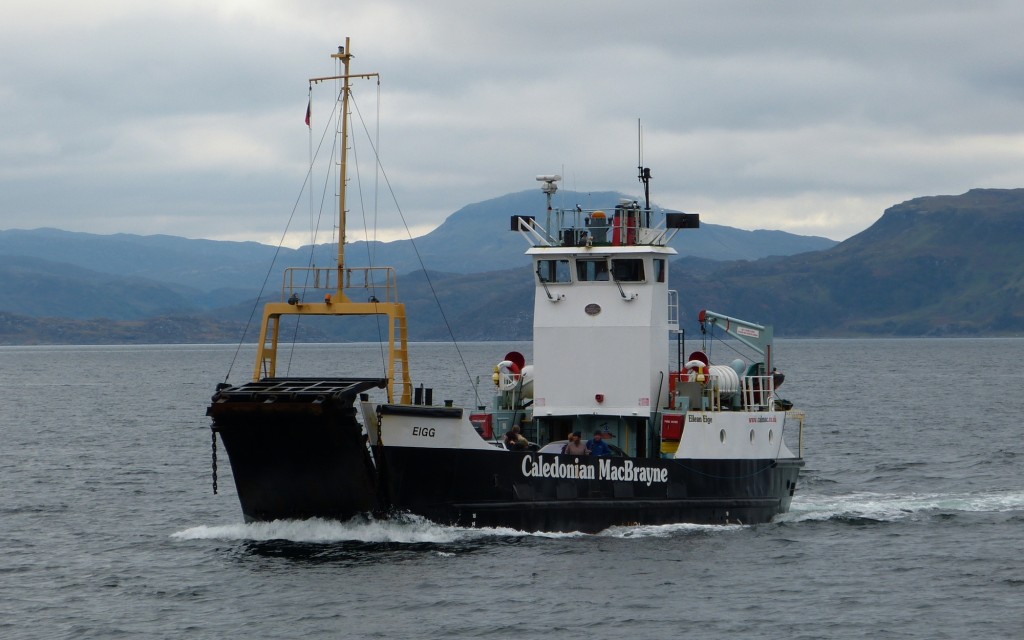 An alternative approach is from Oban on the mainland via the island of Mull.  This requires two ferry journeys, one from Oban to Craignure, and one from Tobermory to Kilchoan.  Both ferries are operated by Caledonian MacBrayne – website here.

The drive from Glasgow will take between four and five hours, and from Edinburgh a little longer. There are no air services from the big cities to anywhere near Ardnamurchan, but it can be approached by train.  There is a regular service from Glasgow to Fort William, which takes about four hours but crosses some very wild and beautiful country.  Alternatively, an overnight sleeper service connects London’s Euston station to Fort William. Cars are available for hire in Fort William.

Once Ardnamurchan is reached, a wide variety of services are available in the villages scattered across the peninsula.