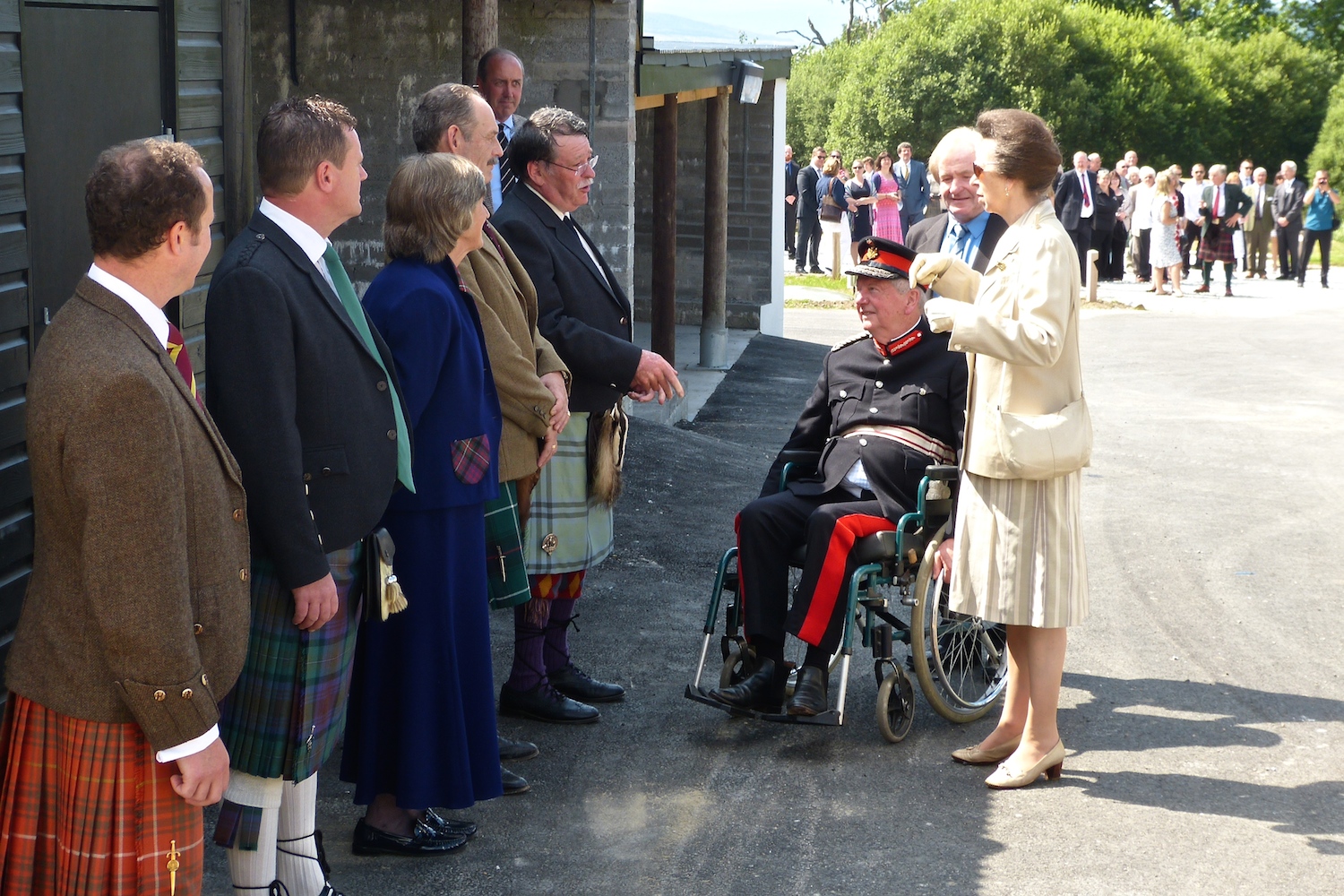 Her Royal Highness Princess Anne came to Glenbeg on Ardnamurchan to open the new Ardnamurchan whisky distillery.  She’s seen here being introduced to the directors of Adelphi Limited, the distillery’s owners, by the Lord Lieutenant of Inverness, Donald Angus Cameron, 27th Lochiel. 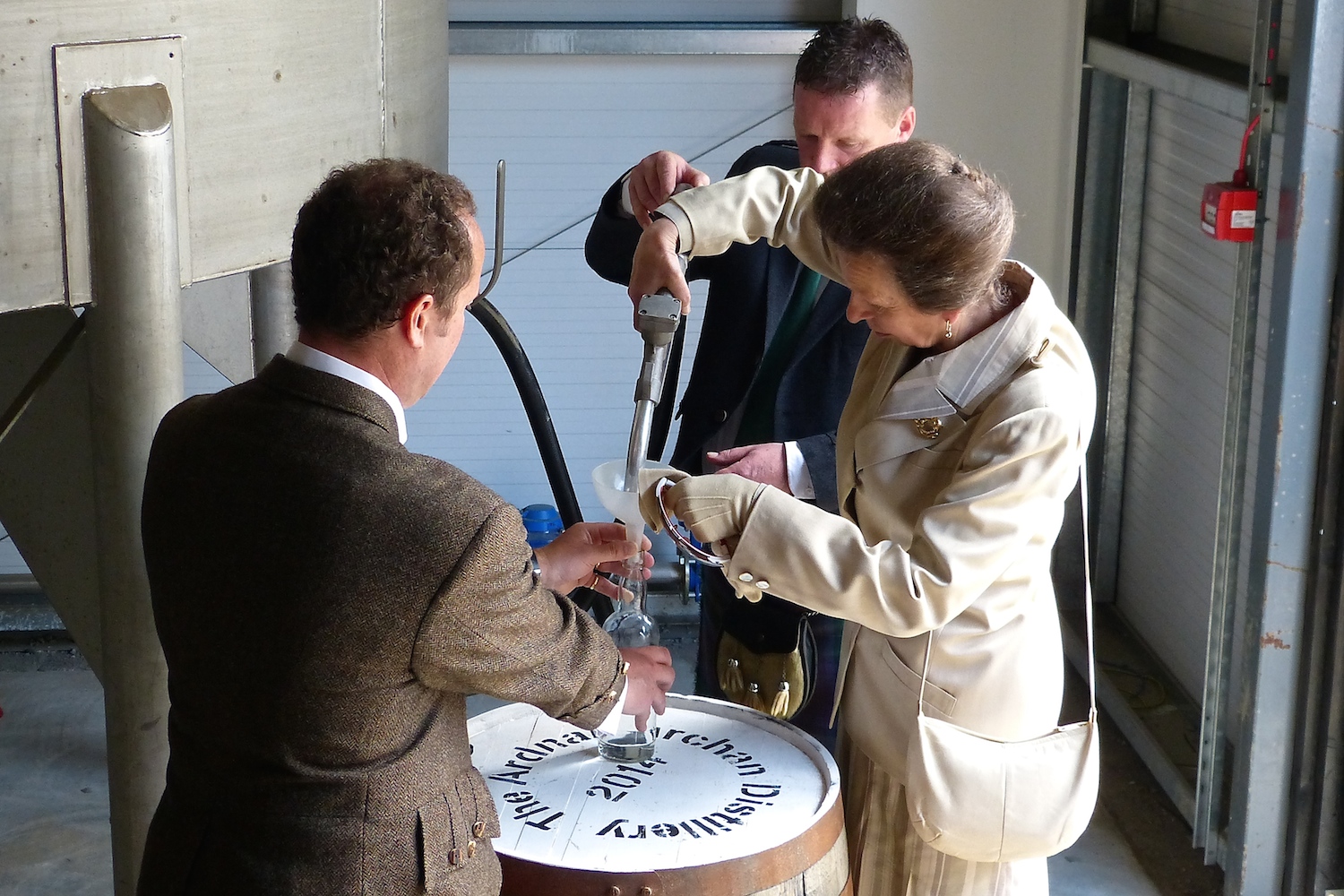 The Princess bottles the first distillate

The Princess was taken on a tour of the distillery, where she filled a bottle with the first distillate, before being introduced to the many people, both local and from further afield, who have helped to create the distillery. 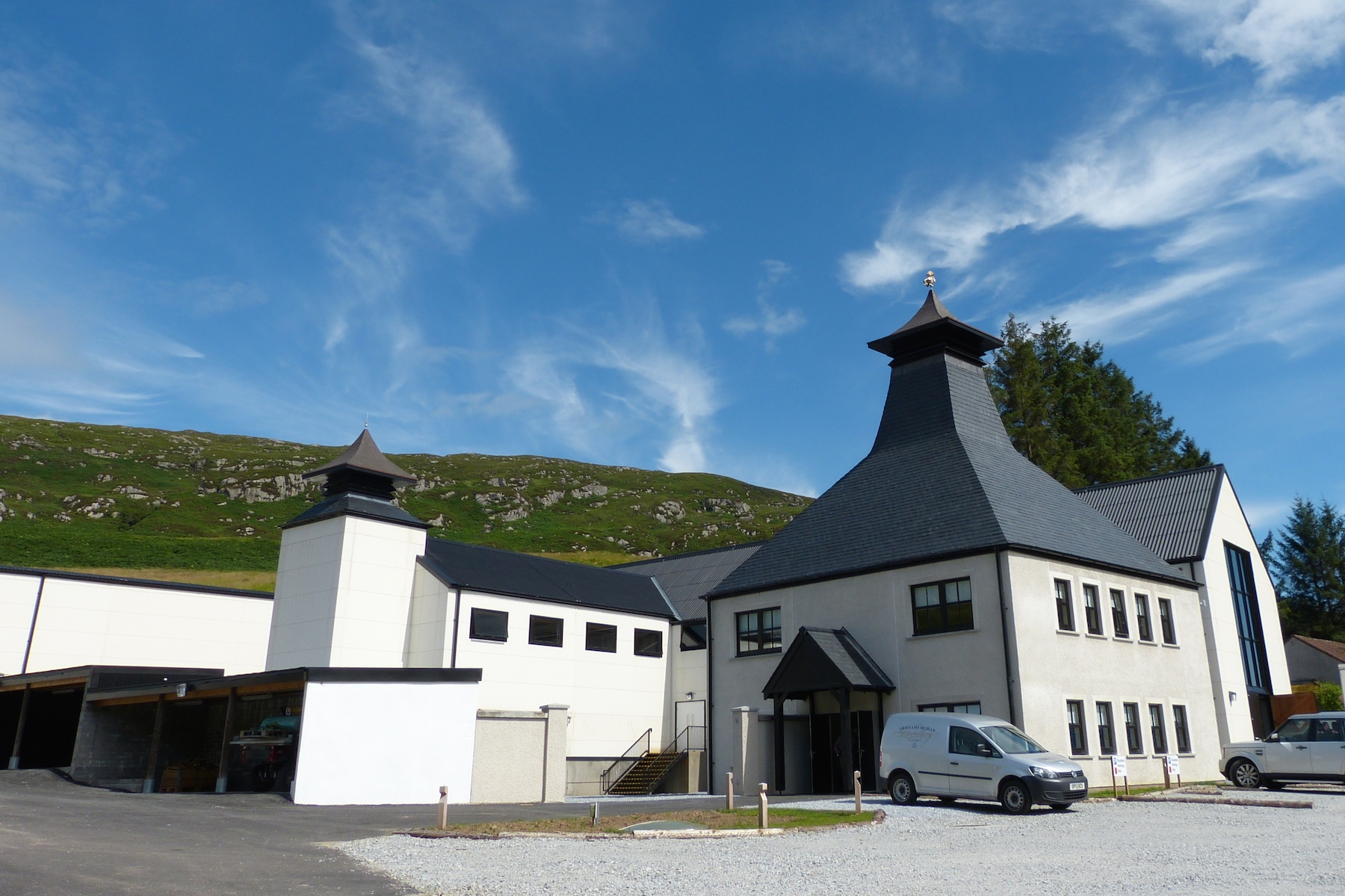 The new Ardnamurchan Distillery at Glenbeg

Although the distillery won’t be producing any whisky for some years, it’s already open to the public, so visitors can enjoy a tour around the premises and visit the shop.  More details are at the distillery’s website are here.