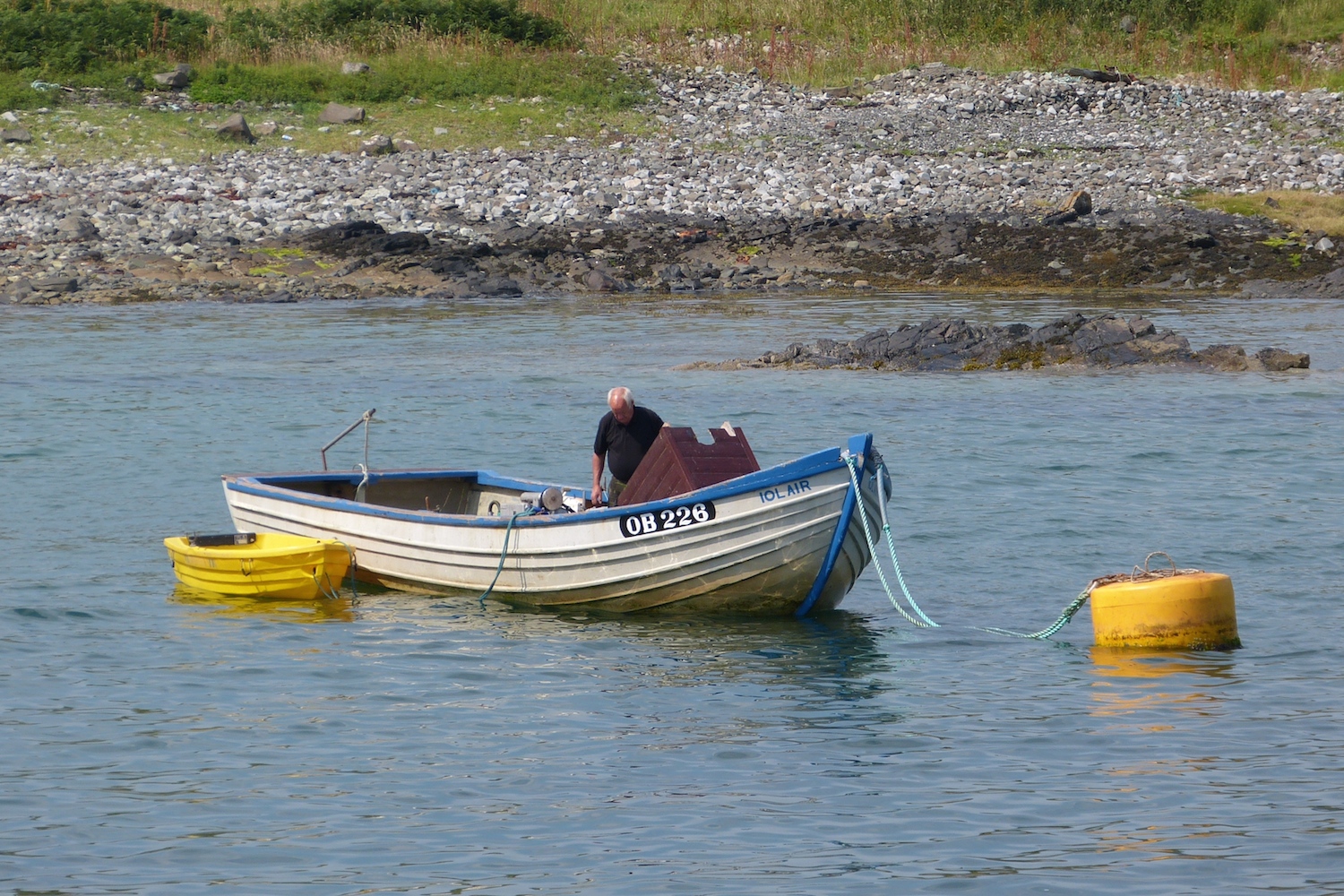 Local man Dochie Cameron is one of the few traditional salmon fishermen left in Scotland.  During the short summer season he takes his boat, a ‘coble’, out to where his net is strung from the shore to a netted holding area.  When wild salmon migrating along the coast meet the net, they swim seawards until they are trapped.  Most of Dochie’s salmon go away to be smoked.

At one time, Fascadale, on Ardnamurchan’s north shore, used to be the centre of a huge salmon-fishing operation.  Thousands of salmon were caught and shipped by train to restaurants down south, but the fishery was over-exploited and collapsed.  Today, Dochie’s wild salmon are sold at a premium.