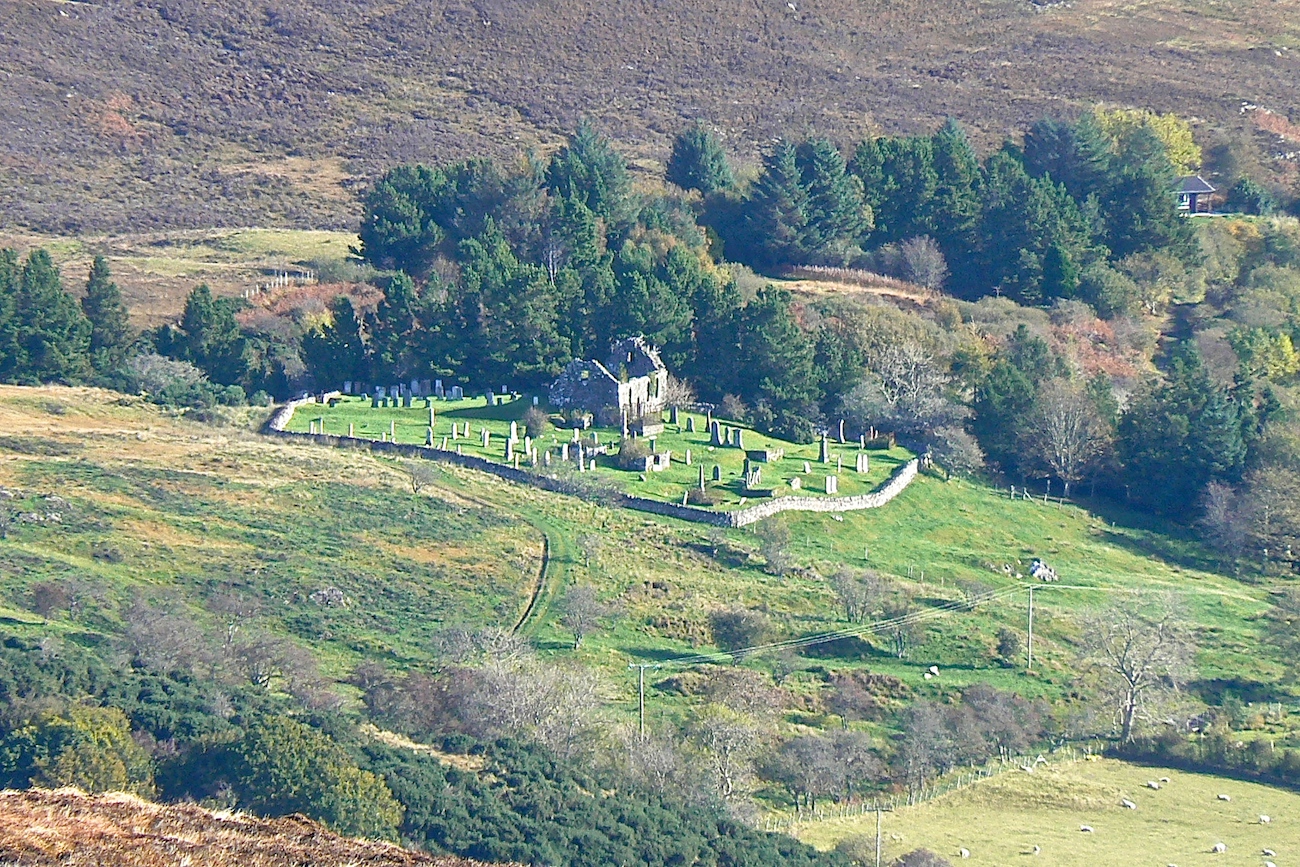 Above the village of Kilchoan stands the ruins of St Comghan’s Church, once the parish church of Ardnamurchan. While there would have been an earlier building on the site, this structure was probably built in the 12th or 13th century, so it is very likely that the MacIains worshipped here. 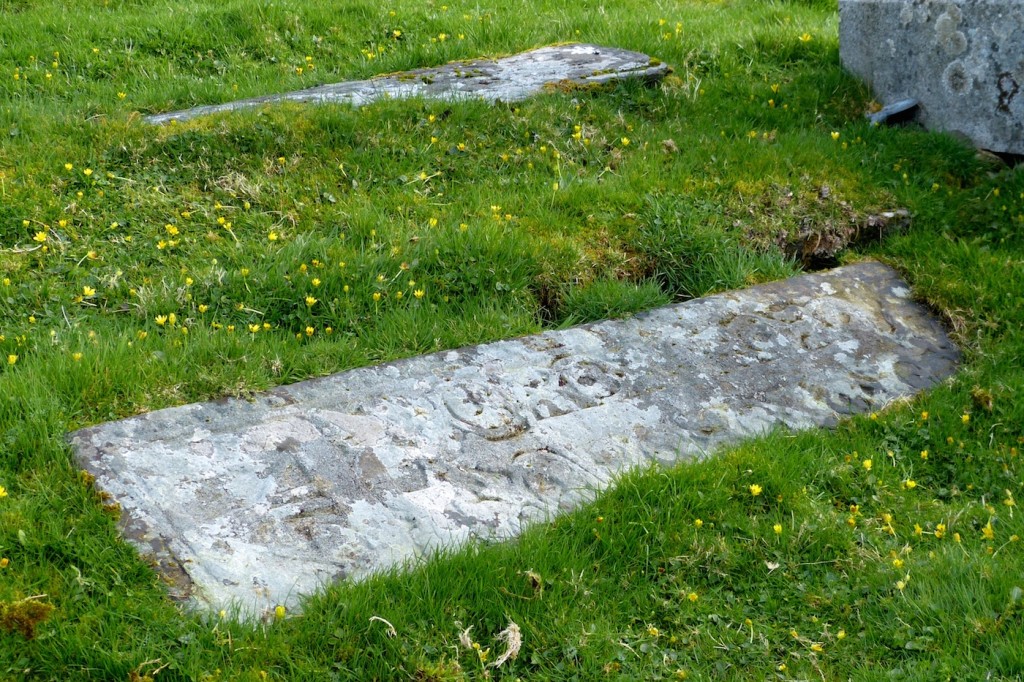 Near the front door of the church, set into the grass of the churchyard, are two grave-slabs in the style of the Iona School, dating from the 14th or 15th century. Both are badly deteriorated and in need of conservation, but the main carvings are still visible. 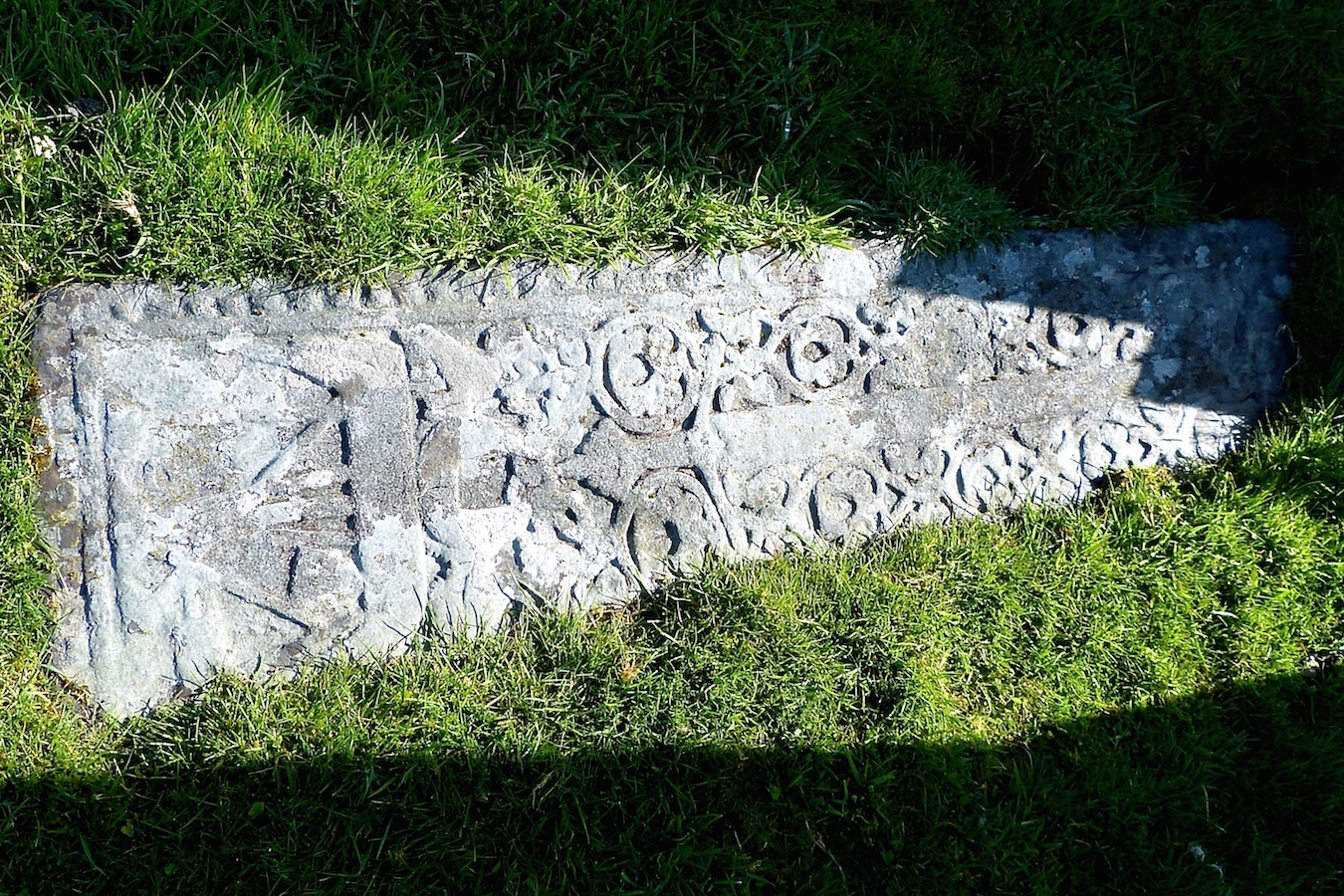 The larger of the two grave slabs in St Comghan’s

On the larger of the two, a berlinn, one of the symbols of the MacIains, at the left end of the slab, is set above some figures which have been described as a ‘hunting scene’.  To the right isa claymore (claidheamh mòr, “great sword” in Gaelic), the Scottish variant of the late medieval two-handed longsword. The characteristic cross hilt with downward-sloping ‘quillons’ is visible. 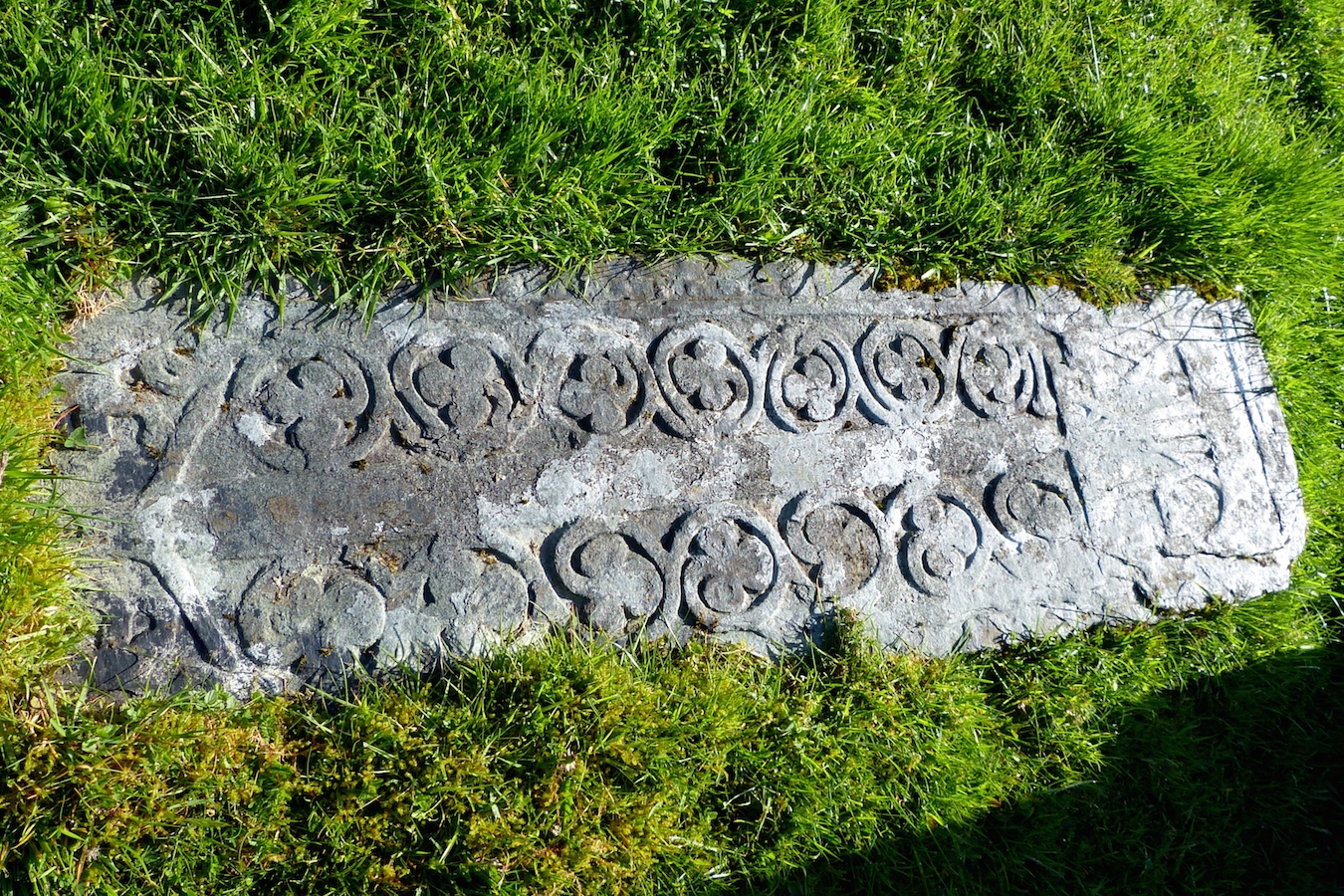 The smaller has the claymore pointing down to the berlinn, at right.

Some of the Iona grave slabs have writing around the edge, and both these slabs have space there, but their condition is such that, if writing there is, it cannot be read.

There is some question as to whether these grave-slabs were originally in St Comghan’s graveyard or whether they were stolen from Iona and placed there. The Iona Abbey and Clan Donald website, here, tells the story of Mac Iain Ghiorr (1624-94) whose name was proverbial in the West Highlands as a master thief. He was of the “Macdonald’s of Mingarry” in Ardnamurchan, “one of the MacIains of Ardnamurchan, a persecuted race” and ” … his new property was Grigadale near Ardnamurchan Point.” The story tells that he brought the two sculptured slabs from Iona to mark his parent’s grave at Kilchoan.

The grave slab of John MacIain, who was killed with his two sons at the battle of Creag an Airgid in 1518, is in the Iona Abbey museum.  A picture of the slab is on the CANMORE site, here. It, too, has a berlinn on it, and the slab is of particular interest because it shows what is probably John in two forms of armour, the one on the right being of the type he would have worn in the Highlands.