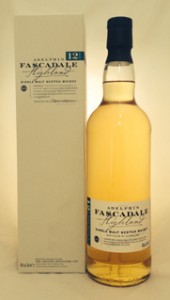 Founded in 1826, the Adelphi Distillery is now Scotland’s most acclaimed independent bottler of single casks of rare malt whisky.

In 1993, The great-grandson of Archibald Walker, Jamie, revived the Adelphi name as an independent bottler. Jamie was determined not to sacrifice quality for volume, and he was equally adamant that this should be continued when he sold the company in 2004.

Under new ownership, Adelphi continues to bottle straight from the finest casks without colouring or chill filtration.

Remaining completely independent, Adelphi is able to offer bottlings from an extensive range of distilleries with Charles Maclean chairing our highly experienced nosing team in the pursuit of excellence.

Adelphi is currently building a new distillery at Glenbeg on Ardnamurchan which is due to start distilling in May 2014.