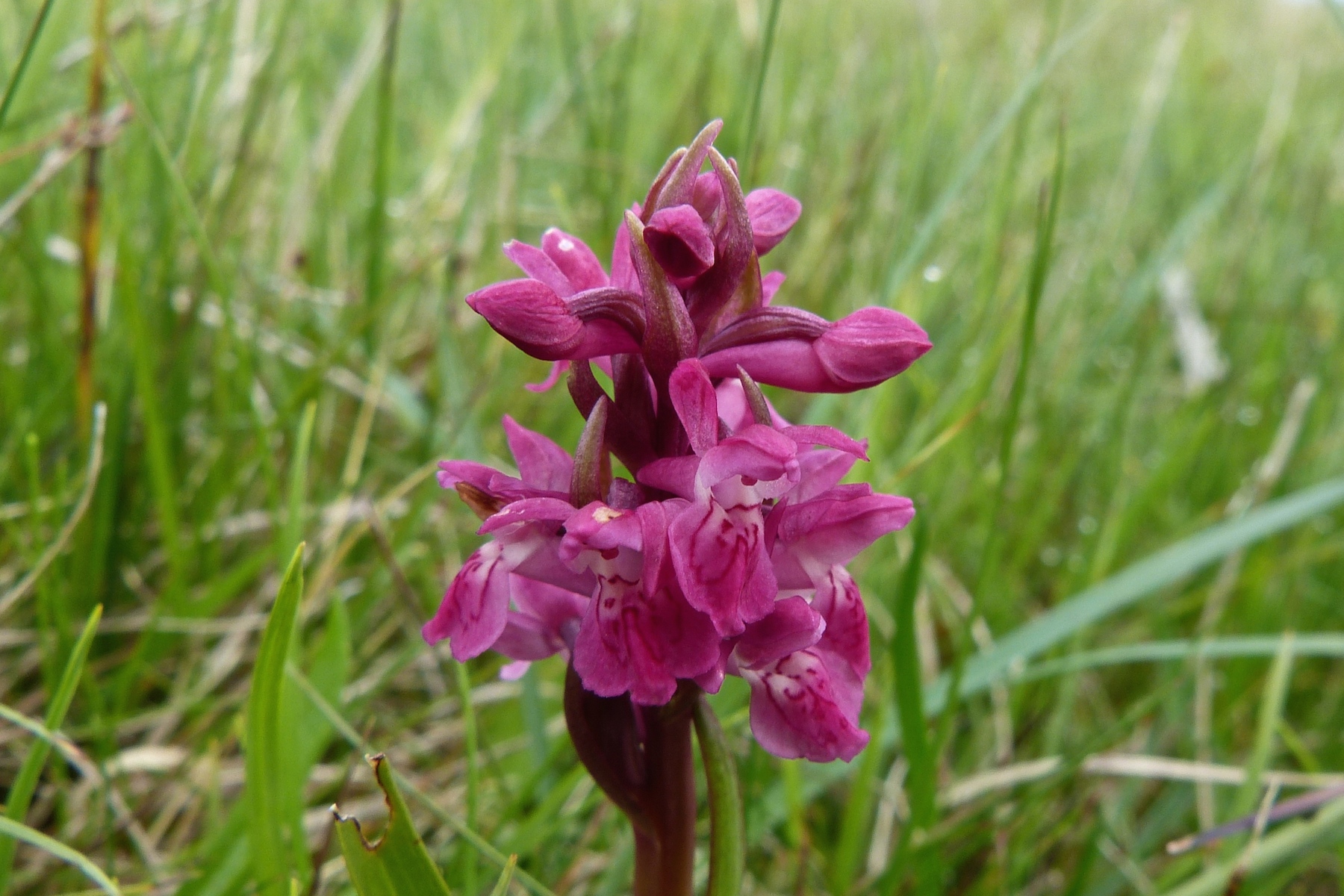 At this time of year, Ardnamurchan’s croft fields and even the higher, more barren lands above them start to see the first of the summer’s orchids.  Often thought of as an exotic plant of the tropical rain forests, orchids grow wild in the Highlands, often on some of the most barren soil.  So far, we’ve managed to identify six species of orchid on West Ardnamurchan, but there are reported to be several more – each year, we look forward to finding a few more.

This specimen is an Early Marsh Orchid, and it was growing close to the car park at Sanna.