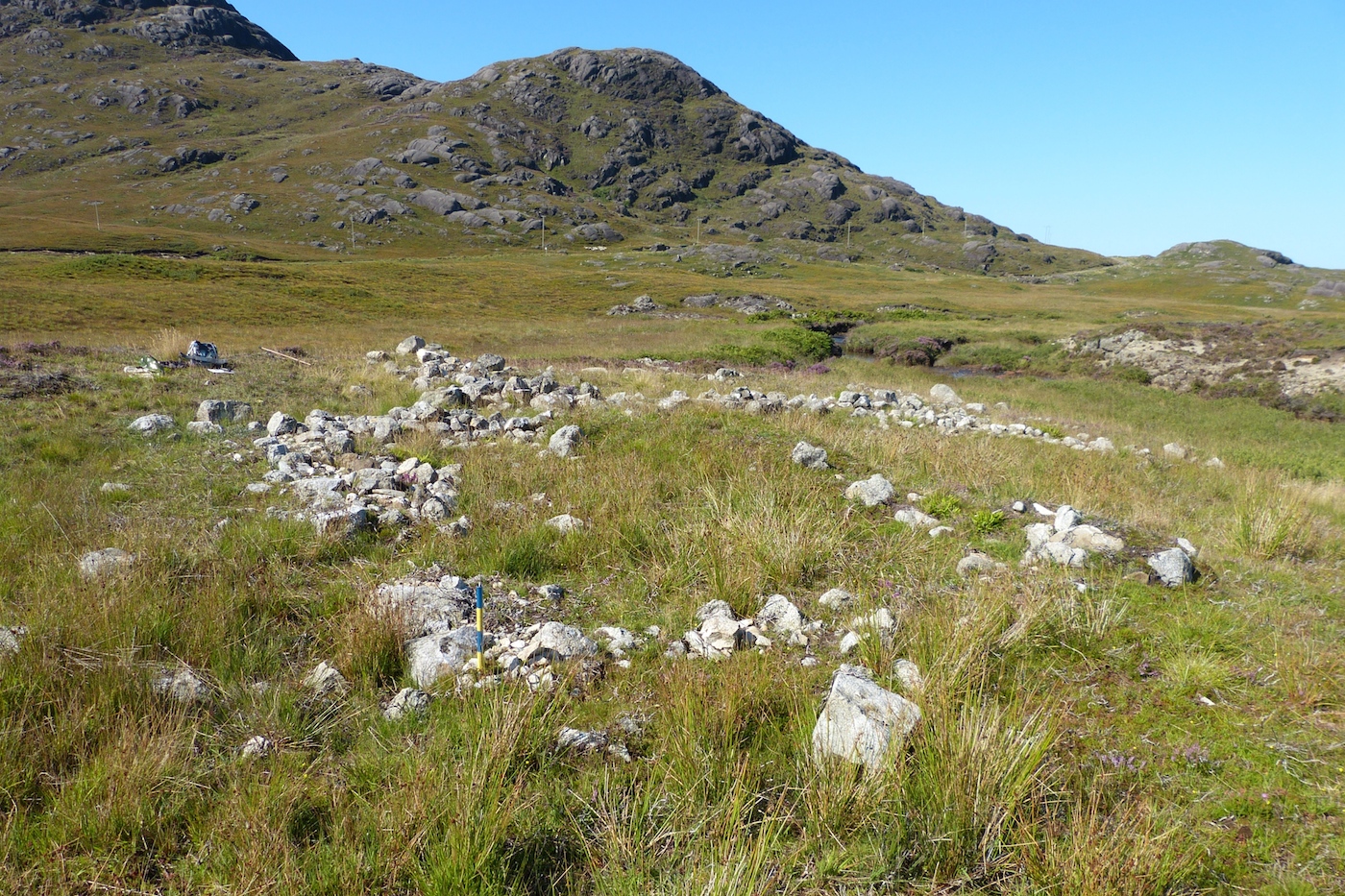 The ruins of some farm buildings.

One of the joys of Ardnamurchan is the hiking that can be enjoyed across its hills.  There are very few fences, and most of these are easily crossed.  Further, there is a ‘right to roam’ which is enshrined in Scottish legislation, so one can wander where one wills.

The result is that, in some remote part of the peninsula, we often come across the scattered remains of what was obviously a human settlement.  This is an example, which we stumbled upon a week ago to the north of Achnaha – the scattered stone remains of what may have been three agricultural buildings.  They all had square corners, which suggested a date after the clearances – and so it proved because they were not marked on William Bald’s map of 1806, but the centre building, possible;y a dwelling, was marked on the Ordnance Survey’s 1872 6″ map.