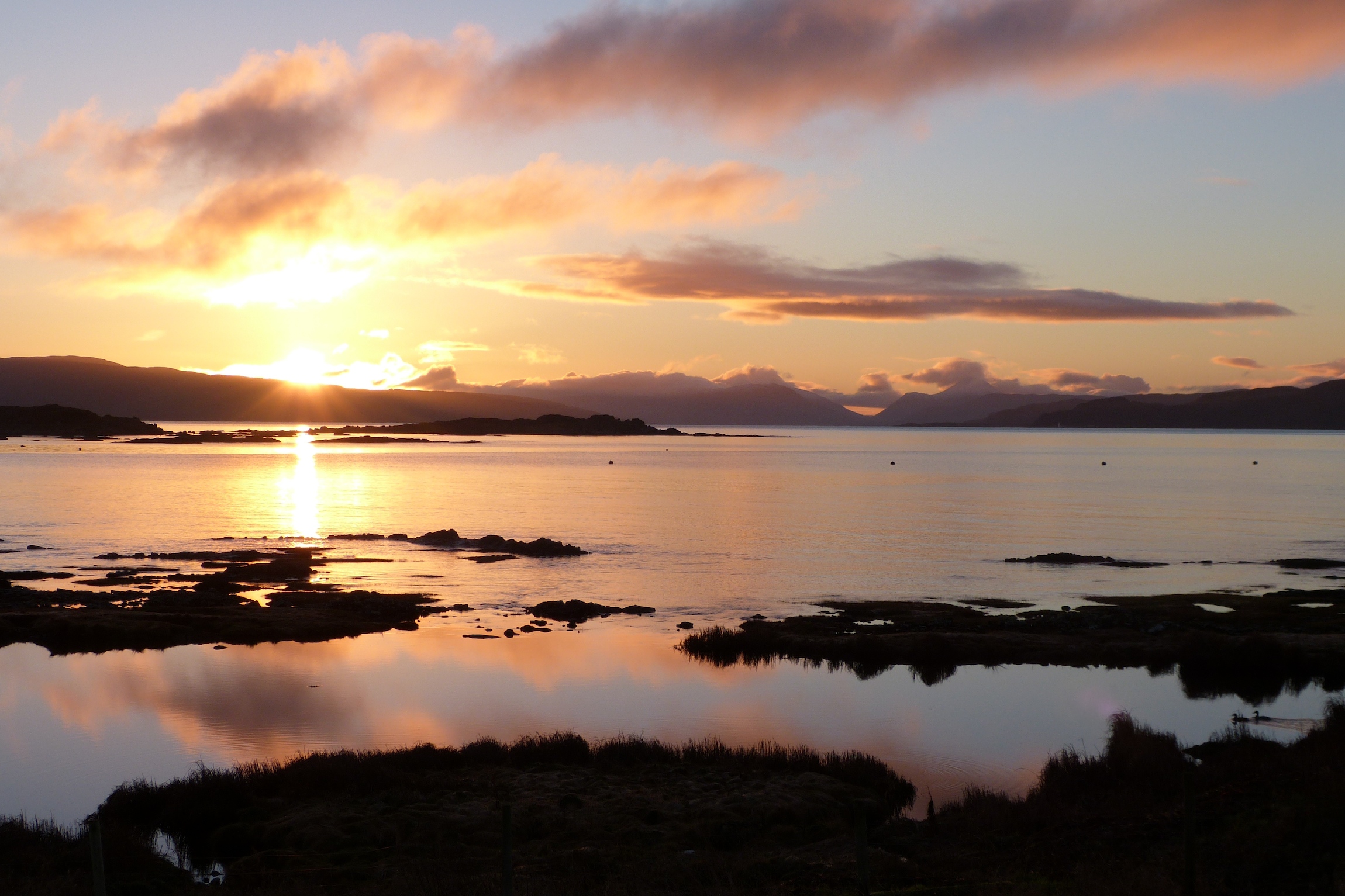 The Ardnamurchan Tourist Association’s website at http://www.ardnamurchan.com provides all the information you will need for an enjoyable visit to the peninsula and surrounding areas.

The site provides information on where to stay, places to visit, eating out, and local events.  It has maps of the region, links to service providers, and information about the geology, natural history, history and landscape of Ardnamurchan. 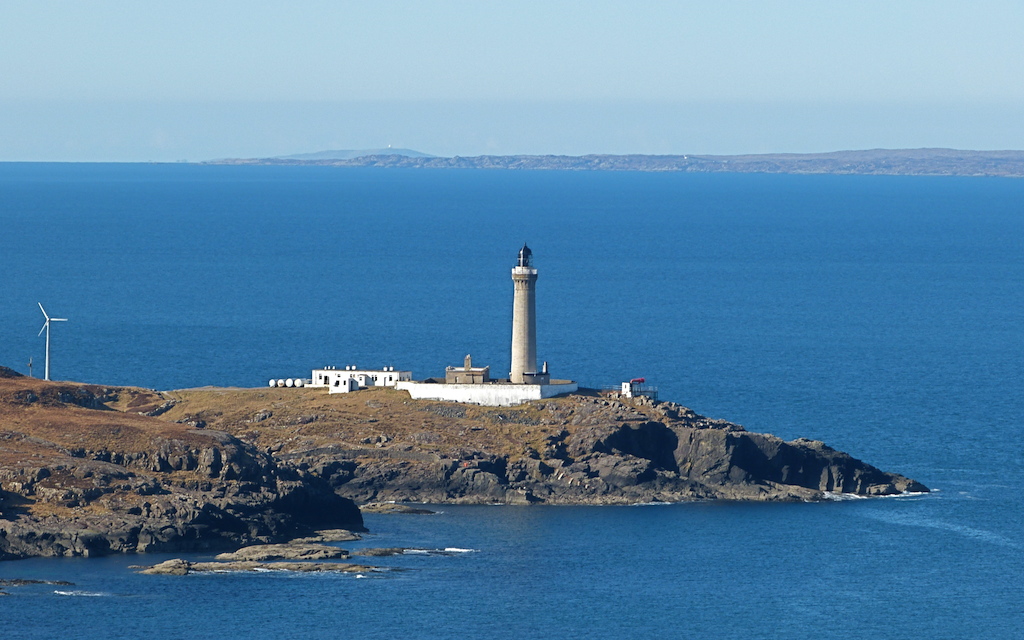 Ardnamurchan lighthouse with the island of Coll in the distance.

Ardnamurchan lighthouse stands on a craggy headland at the most westerly point on the British mainland.  Designed by Alan Stevenson, uncle of the renowned author Robert Louis Stevenson, and built in 1849, the site now houses a visitors’ centre, cafe and museum as well as the working lighthouse.  It’s a wonderful place for wildlife such as sea otters, whales, basking sharks and eagles, and the top of the lighthouse offers unrivalled views of the Hebridean islands. For more details, visit ardnamurchanlighthouse.com 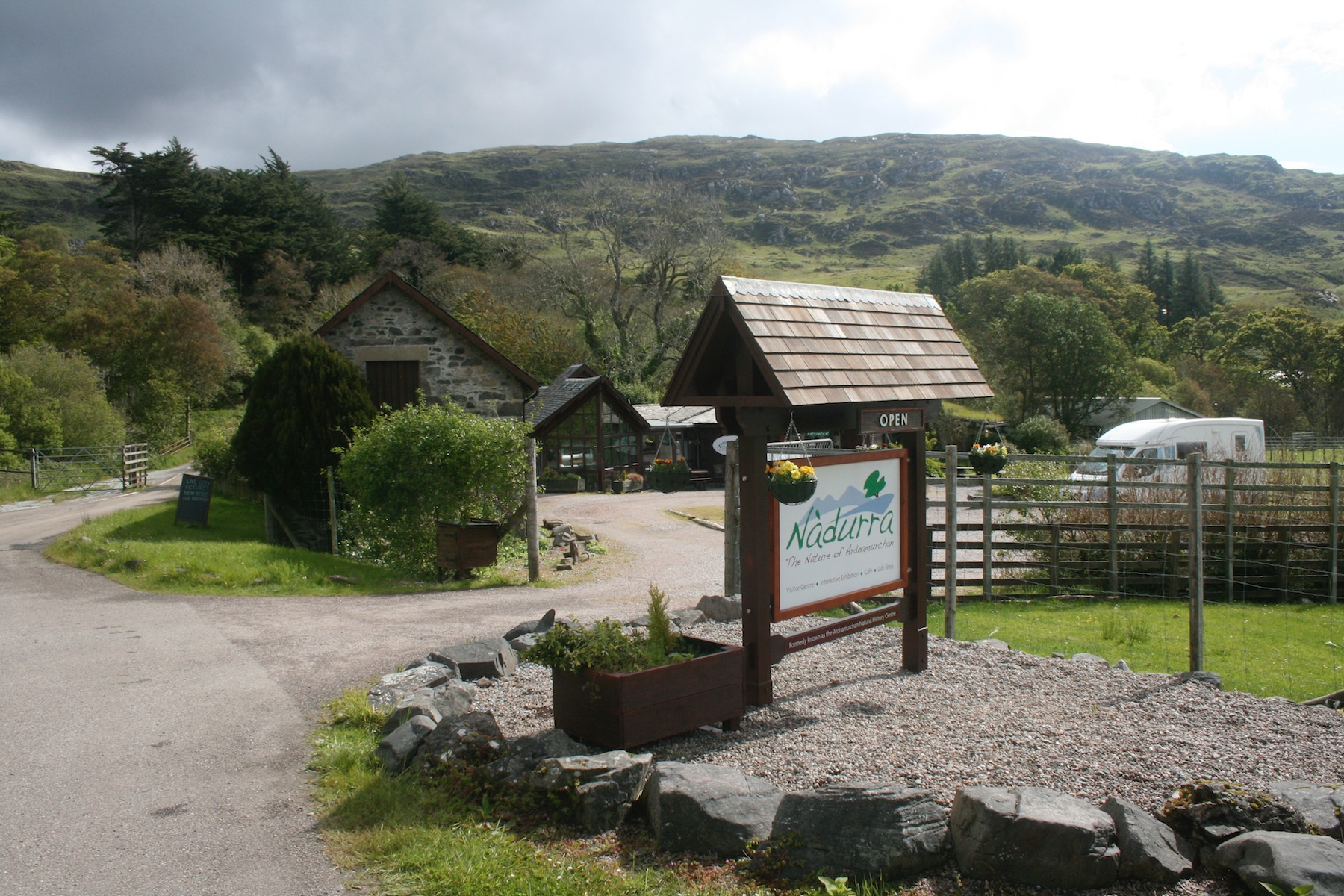 Ardnamurchan is famous for its wildlife – for example, there are few other places where it is possible to see sea eagles as well as the rare Scottish wildcat.  Nadurra Visitor Centre provides an introduction to the breathtaking variety of flora and fauna to be found in this beautiful corner of Scotland. Privately owned with no external funding, the owners have harnessed their passion and love of the natural world to create a truly memorable experience for both young and old alike. Their aim is to bring visitors closer to nature and to fuel their desire to go out and discover its riches for themselves. 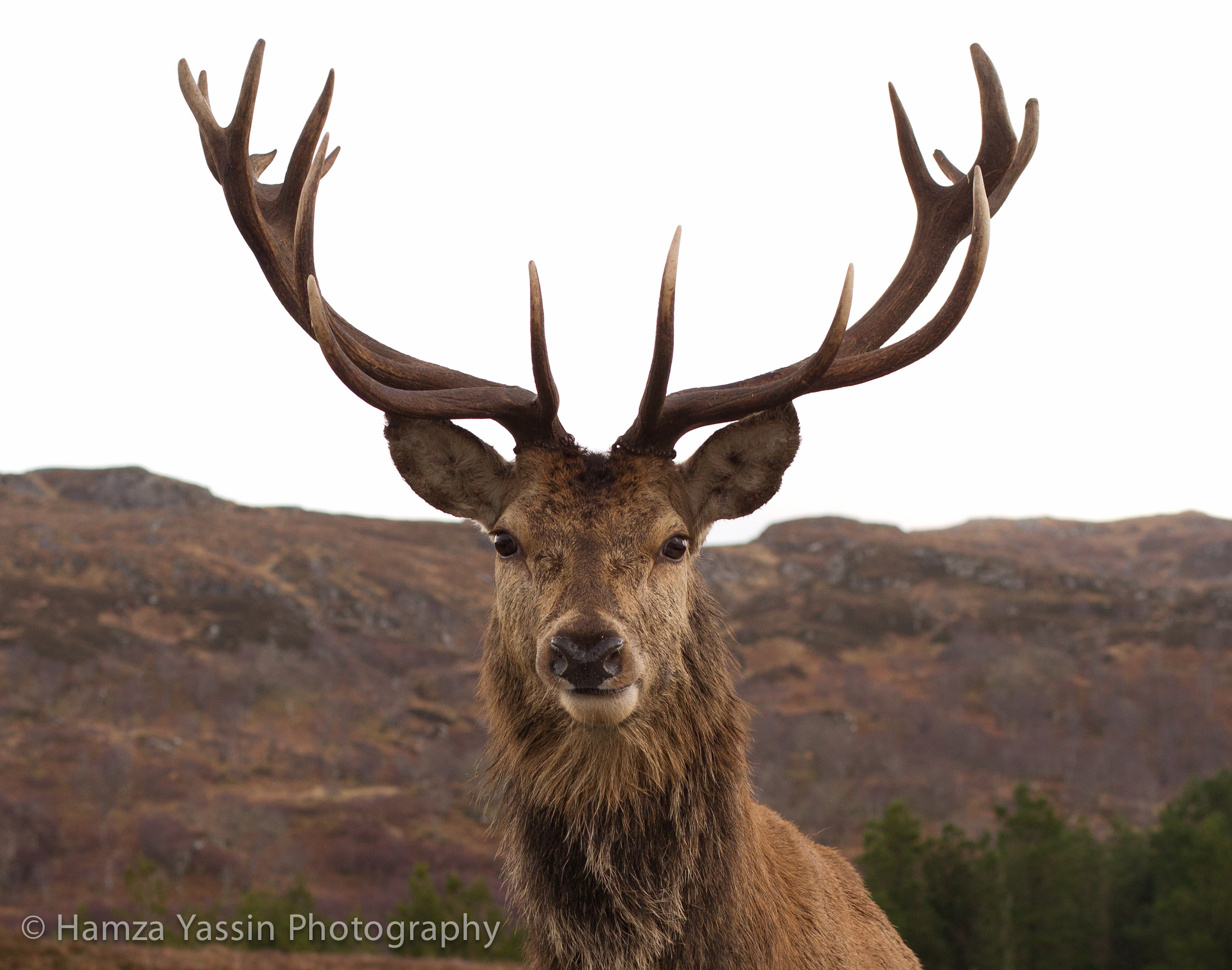 With 70 years of experience between them, West Highland Tour guides can take you off the beaten track to see the remnants of Ardnamurchan’s turbulent past and encounter a host of wildlife including golden and sea eagles, the rare Scottish wildcat, otter, red, fallow and roe deer, pine marten and many more.  West Highland Tour guides’ local knowledge enables them to take the best routes and show you secret haunts at a pace to suit all ages, abilities and interests.  See their website at http://www.wildhighlandtours.co.uk 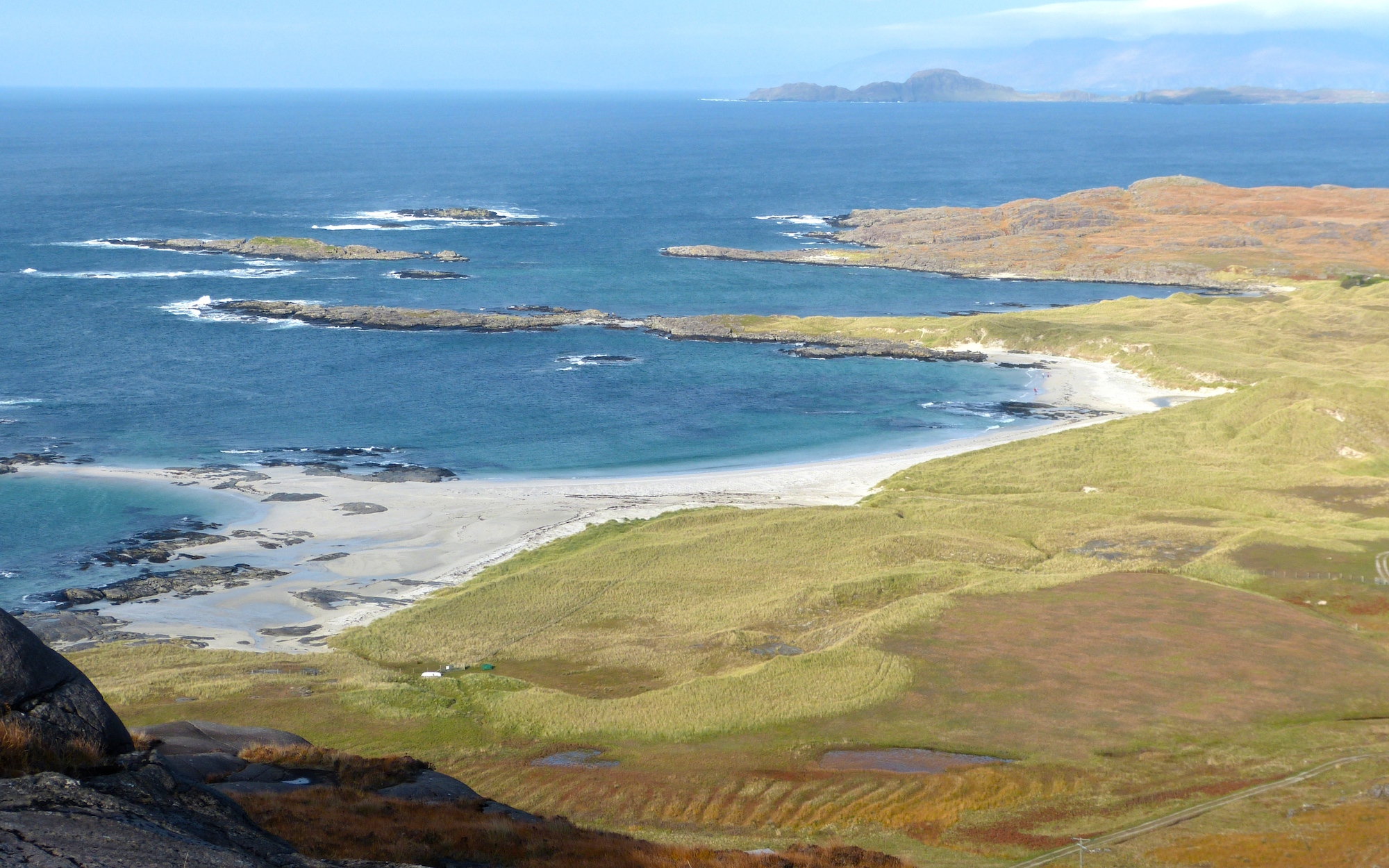 Ardnamurchan has deserted beaches and blue-green waters which wouldn’t look out-of-place in the Caribbean – all that’s lacking is some palm trees.  And Sanna has history to go with it: the striped pattern in the foreground are ‘lazy beds’, areas of improved land which were used to grow crops such as barley and potatoes. 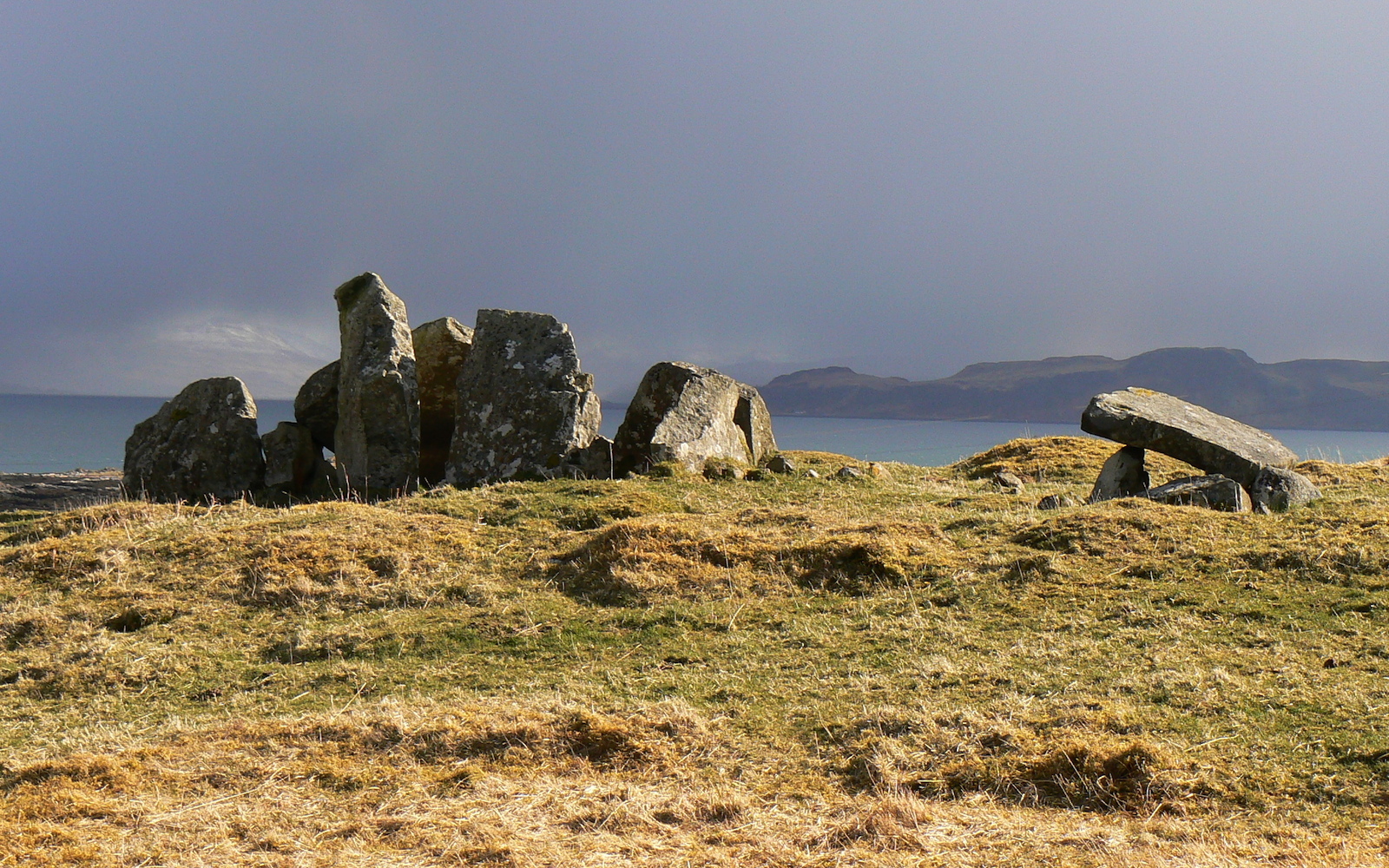 Hundreds of archaeological sites are scattered across Ardnamurchan, and some of them are older than the pyramids at Giza.  This is Greadal Fhinn, a neolithic chambered cairn which contains two cist burials and is some 5,000 years old.  Amongst other discoveries on Ardnamurchan, a Viking chief was excavated at Swordle, lying in his long-ship with his personal possessions and arms beside him – read more here.